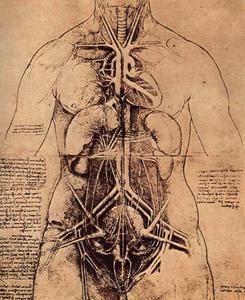 In the human body an organ is composed of two or more different histological types of tissue that work together to carry out a complex function. An organ system consists of a group of organs that perform intricate functions necessary for the survival of an organism. Sometimes an organism can survive with an impaired or nonfunctioning organ. However, when a whole system of organs shuts down, the life of the organism becomes compromised. Thus, the organ systems work together to maintain a constant internal environment called homeostasis within the body to ensure survival of the organism.

The nervous system conducts electrical impulses throughout the body to regulate and control physiological processes of the other organ systems. Organs of the nervous system include the brain, spinal cord, and nerves.

The lymphatic system, also known as the immune system, defends the body against microorganisms and other foreign bodies. Additionally, the lymphatic system transports fluids from the body's tissues to the blood, thus helping to control fluid balance in the body. This system also absorbs substances from the digestive system. The organs of the lymphatic system include the lymph, lymph nodes, lymph vessels, thymus, spleen, and tonsils.

The respiratory system exchanges gases between the body's tissues and the external environment. Oxygen is inhaled from the external environment and passes from the lungs into the blood, where it is exchanged for carbon dioxide that passes from the blood to the lungs and is expelled. The respiratory system consists of the nose, pharynx, larynx, trachea, bronchi, and lungs.