The History Of Soap, What Is Soap?, How Is Soap Made?, How Does Soap Work? 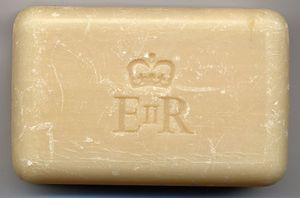 Soap is a cleansing agent created by the chemical reaction of a fatty acid with an alkali metal hydroxide. Chemically speaking, it is a salt composed of an alkalimetal, such as sodium or potassium, and a mixture of "fatty" carboxylic acids. The cleansing action of soap comes from its unique ability to surround oil particles, causing them to be dispersed in water and easily rinsed away. Soap has been used for centuries and continues to be widely used as a cleansing agent, mild antiseptic and ingestible antidote to some forms of poisoning.