Electricity and Your World

World temperatures are rising. Glaciers are melting. More extreme weather conditions such as floods and hurricanes are affecting Earth. This is all because of global warming. Pollution is one cause of this. Electricity does not create pollution. But some fuels used to produce it do. 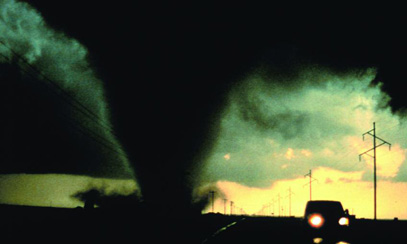 Extreme weather conditions, such as hurricanes and tornadoes, seem to be happening more regularly in recent years. Many experts and scientists blame global warming. 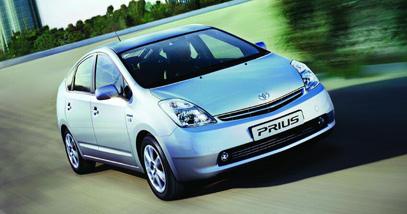 The Toyota Prius is the world's first mass-produced hybrid (meaning ‘mixed’) car. It can switch between running on gasoline and electricity.

We must cut down on the amount of electricity we use. This will help reduce the pollution. Electricity itself does not pollute. But some pollution is caused by burning fuels to make it.

A fuel cell uses the gases hydrogen and oxygen. It turns the energy from these gases into electricity. The only waste or pollution is water! Could these take the place of regular batteries? Regular batteries use up a lot of energy to make.

Only 10 percent of the energy used by a regular bulb produces light. The rest is given off as heat. Compact fluorescent lightbulbs (CFLs) use a quarter of the energy that regular lightbulbs use. They last eight times longer. Imagine that every home changed one standard bulb for one compact fluorescent bulb. That would save enough energy to light all the houses in Sacramento, California, for nearly two years! 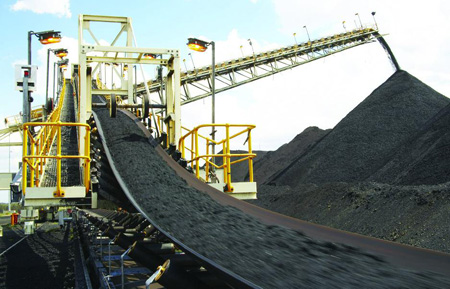 Fuels such as coal are nonrenewable.

Some electricity is produced using energy resources that cannot be used up. These include the wind, the Sun, and the movement of waves. This is renewable electricity. This saves our fossil fuels. It also cuts down on pollution.

Coal, natural gas, and oil are called fossil fuels. They formed in Earth over millions of years. However, we are using these fuels very quickly. One day, they will run out. Fuels like these are called nonrenewable.

Electricity can be made from nuclear fuel. This is uranium. Electricity made this way causes very little pollution. This material can be very dangerous, however. It can be used to make nuclear weapons. And there is not yet a safe way to dispose of the waste fuel.

From garbage to waves, renewable fuels can generate electricity without creating as much pollution. The heat from the Sun heats mirrors. This heat turns water into steam. The steam powers a generator. That produces electricity.

Biomass is another renewable resource. It also can be used to create electricity. Biomass is the name for materials such as waste wood and garbage. As this material is burned, it creates heat and steam. These turn huge turbines, and electricity is created from them. 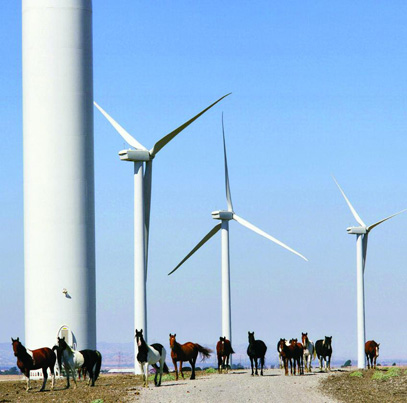 Using the power from the wind is becoming a more common way to produce electricity.

To protect the planet, we must use our energy wisely. This includes electricity and the resources with which we make it. At the same time, scientists are discovering new ways to use electricity. Some of these uses are amazing.

Scientists are making devices even smaller, a feature called nanotechnology. Clothes can be fitted with tiny electrical devices to play your favorite tunes. You can download information onto a wafer-thin electronic screen using “electronic ink.” Images form as electrically charged tiny black-and-white balls float up and down in liquid. 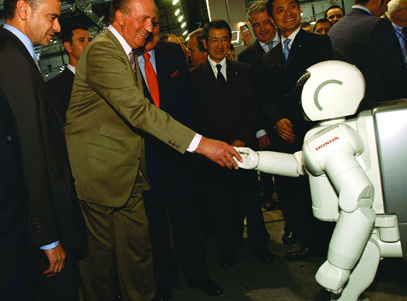 Robots are becoming more and more popular. In Japan, there is a new generation of robots—used for office tasks and housecleaning.

Less than 5 percent of the world's population lives in the United States. But the country uses up one fourth of the world's energy resources. Many people living in the poorer countries of the world do not have easy access to electricity. They walk miles to school. They study by candlelight. Yet these are often the people most affected by extreme weather conditions caused by the effects of pollution. 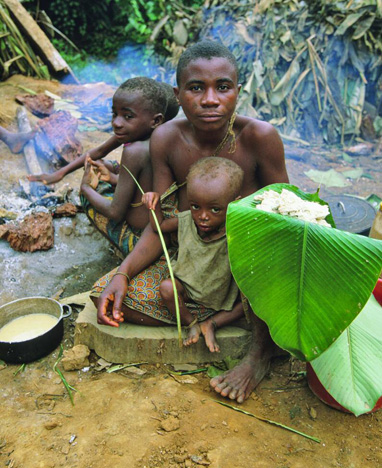