What Happens to Lava When It Freezes?, Danger, Volcano!

The inside of Earth is very hot. In some places, it is hot enough to melt rock. Molten rock inside Earth is called magma. Lava is molten rock that comes out of volcanoes.

When the lava cools down, it forms solid rock. The lava that flows from Hawaiian volcanoes is very runny. It flows a long way before it cools. Gradually the new rock builds up a cone.

The lava from some volcanoes is more sticky. It does not flow very far before it cools. Sometimes, the volcano erupts by shooting bits of rock and ash into the air. The cooled lava and the ash build up steeper volcanoes.

Volcanoes are found in other places in the solar system, too. Mars has some volcanoes that are inactive. They are said to be extinct. Lo is one of Jupiter's moons. It has active volcanoes. 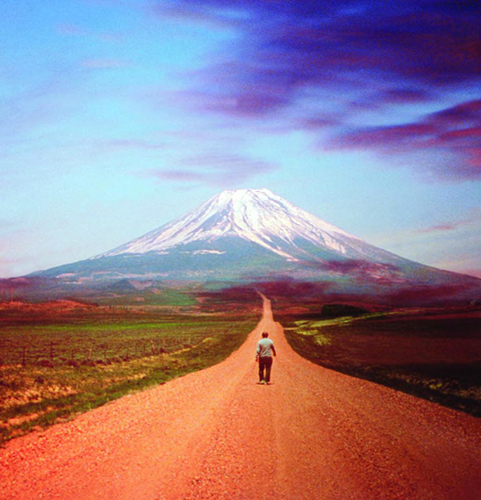 Mount Fuji is a volcano in Japan. It is made of layers of lava and ash. 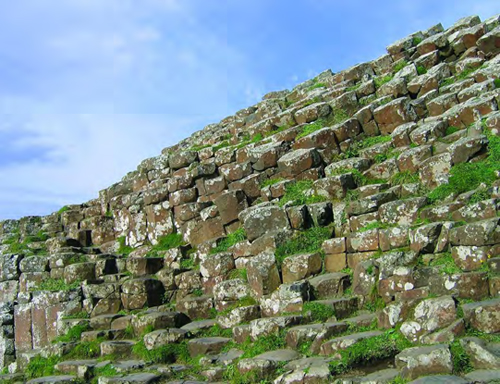 Giant's Causeway in Northern Ireland is formed from about 40,000 columns of basalt. These volcanic rocks are made from cooled lava.

What Happens to Lava When It Freezes?

When molten rock, or lava, freezes, it forms crystals. If the rock freezes quickly, the crystals do not have time to grow very big.

Lava that runs out of volcanoes cools down quickly. It forms rocks like basalt. Basalt has tiny crystals.

Magma can get trapped underground. It takes a long time for magma to cool down, so the crystals have time to grow bigger. Granite is a rock that is formed when magma cools down underground. 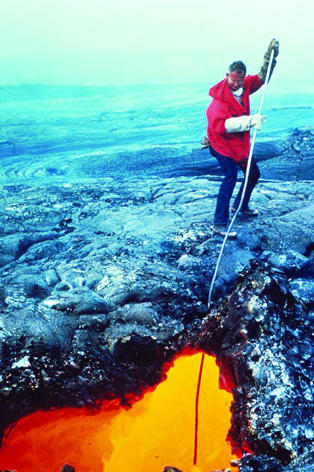 This is a lava tube. Lava has frozen on the surface, but is still running along below. 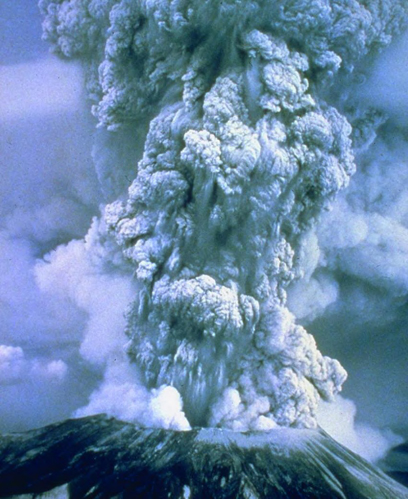 Some volcanoes have deadly eruptions. One of the most famous is the eruption of Mount Vesuvius, in Italy. This happened in the year A.D. 79. It buried the towns of Pompeii and Herculanium in 50 feet (15 meters) of ash. More than 2,000 people were killed.

The biggest eruption in recent years was Tambora, in Indonesia. Tambora erupted in 1815. About 10,000 people died. It threw so much ash into the atmosphere that the whole Earth became cooler. That year was called “the year without a summer.” The weather was so cool that the crops were lost. Another 20,000 people starved to death.

Lava and ash are not the only dangers from eruptions. The heat of the lava can melt snow and ice at the top of the volcano. The water forms mudflows. These can bury whole towns. Navado Del Ruiz is a volcano in Colombia. It erupted in 1985. The mudflows it caused killed more than 23,000 people. 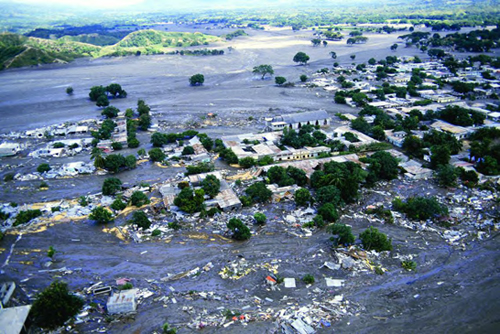 A mudflow in Armero, Colombia, caused by the eruption of Nevado del Ruiz in November 1985.