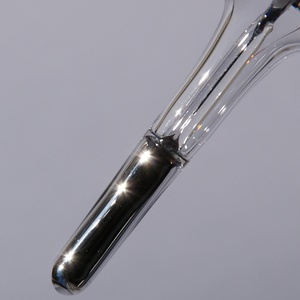 Mercury is a metallic chemical element identified by the symbol Hg on the periodic table. It is silver in color and, unlike other metals, is liquid at room temperature. The ancient name for mercury was quicksilver, meaning "living" silver. This name reflected mercury's lustrous silver color and its unusually lively behavior: when it is poured onto a smooth surface, it forms beads that roll rapidly around. The element's modern name comes from Mercury (or Mercurius), the fleet-footed messenger of the gods in Roman mythology.

No one knows exactly when mercury was discovered, but many ancient civilizations were familiar with this element. As long ago as Roman times, people had learned to extract mercury from ore and used it to purify gold and silver. Ore containing gold or silver would be crushed and treated with mercury, which rejects impurities, to form a mercury alloy, called an amalgam. When the amalgam is heated, the mercury vaporizes, leaving pure gold or silver.

Mercury's presence in the Earth's crust is relatively low compared to other elements. However, mercury is not considered rare because it is found in large, highly concentrated deposits. Nearly all mercury exists in the form of a red ore called cinnabar, which is composed of mercury and sulfur. Sometimes shiny globules of mercury appear among outcrops of cinnabar, which is probably why mercury was discovered so long ago. The metal is relatively easy to extract from the ore by applying heat and a filtration process. First the ore is heated in an oxygen furnace. The mercury is released as fumes and those fumes condense into soot on a water-cooled metal condenser. The mercury is then removed from the soot by a filter system and purified in a vacuum. Much of the world's mercury has traditionally been mined in Spain and Italy, though several other countries also produce commercial quantities.