Hydropower uses the flow of water to do work. When we convert hydropower to electricity, we call it hydroelectric power.

The Grand Coulee Dam in Washington is a hydroelectric power plant. In fact, it is the largest power plant of any kind in the United States. The dam is 5,223 feet (1,586 meters) long. It holds water from the Columbia River in a reservoir named Franklin Delano Roosevelt Lake. The power plant has four stations with 33 generators that produce electricity. 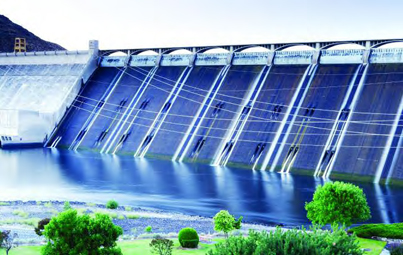 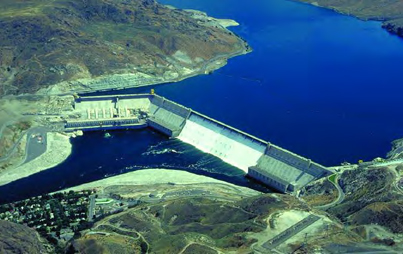 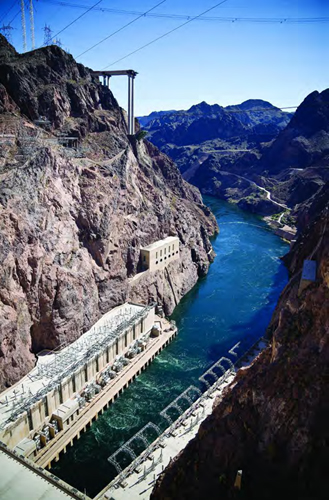 Many large hydroelectric dams provide electricity to nearby cities. For example, Hoover Dam on the Colorado River generates electricity for areas in Arizona, Nevada, and California.

The Grand Coulee and Hoover Dams rely on gravity. Gravity is a natural force that pulls things down towards the Earth's surface. Engineers build these gravity dams very high. That way the energy in falling water can spin the turbines inside the power plants. If the world used more hydropower electricity, and less fossil fuel electricity, we could reduce air pollution. 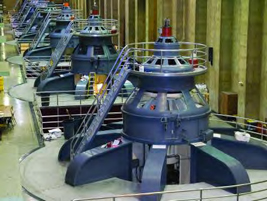