THE SECRETS IN ROCKS

Just how old is the Earth?

You might not think that something as ordinary as a rock could hold great secrets. Scientists know that by studying rocks, they can discover many hidden things about our planet.

A lot of information comes from sedimentary rock. As you know, sedimentary rock is formed in layers over millions of years. Looking at each layer is like looking at a different period in history. 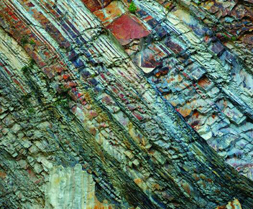 Sedimentary rock layers are perfect for preserving fossils, which are the remains or impressions left in rocks by plants or animals. Metamorphic and igneous rocks destroy fossils with their heat and pressure. Sedimentary rock keeps fossils in good shape.

Fossilization is the process by which an animal or plant becomes a fossil. Here's how a typical dinosaur fossil might be created.

According to the fossil record, it seems that the dinosaurs became extinct, or died off, very rapidly about 65 million years ago.

Many scientists believe that a meteorite 10 miles (16 km) across crashed into the Earth in the Yucatan Peninsula in Mexico at about that same time. Such a collision would have caused massive fires across North America. The darkness from the fires could have blocked the sun and killed off the dinosaurs.

Just how old is the Earth?

Layers of sedimentary rock are deposited over long periods of time. Because of this, the layer in which a fossil is found tells us whether it is older or younger than other fossils.

In 1905, a technique called radiometric dating was discovered. Using this technique, scientists were able to figure out the age of rocks. From there, they were able to calculate the age of the Earth. It is believed that the Earth is about 4.5 billion years old. 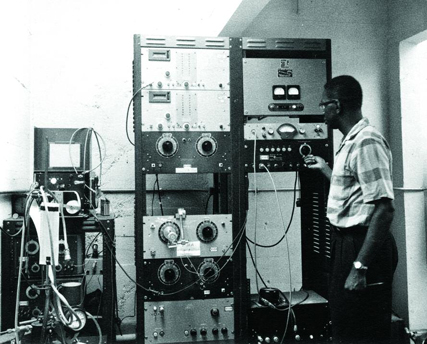