You may not realize it, but the land is changing all the time. The Earth is always working to build new land and to wear down the old.

Sometimes changes to the Earth happen rapidly, but other changes can take millions of years!

Crustal deformation occurs when the shape of land (or crust) is changed or deformed. One of the main causes is movement of the Earth's plates. When the plates collide or push toward each other, pressure builds. This can cause two things to happen. The rock can either fold or fault. 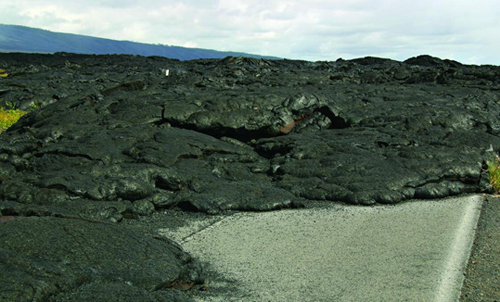 Imagine the tremendous force created when two of the Earth's plates collide! Over time, the pressure can cause rock to fold. When that happens, the rock gets pushed up, and mountains are formed.

Usually, mountains form in ranges, or groups. Some of the best-known mountain ranges are the Himalayas, the Alps, and the Andes. The Rocky Mountains stretch all the way from New Mexico to British Columbia, Canada. That's about 3,000 miles (4,828 km). 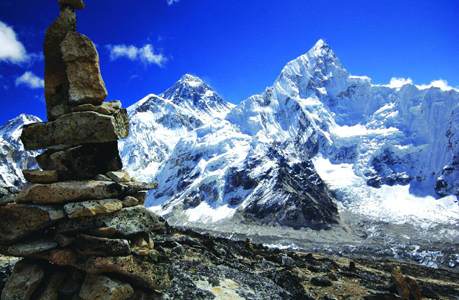 View of Mt. Everest, Lhotse and Nuptse from Kala Patthar. 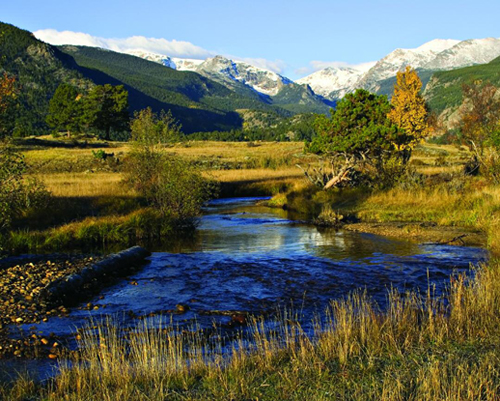 The best known fault in North America is the San Andreas Fault. It runs about 800 miles (1,287 km) through California. It was responsible for one of the most famous earthquakes in history, called the Great San Francisco Earthquake of 1906. That earthquake and the fires it caused were one of the greatest natural disasters ever to hit the United States.

Sometimes, when plates collide, the Earth's crust can crack, or fracture. A fault is formed. Along the crack, or fault line, the rock is being pushed together. Sooner or later, the pressure has to be released. When that happens, the result is an earthquake. 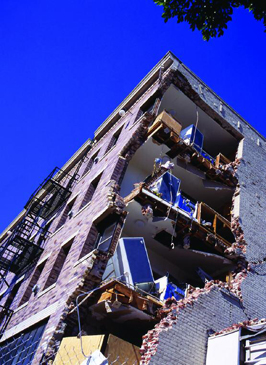 A damaged building after an earthquake.

1 to 3. Can be recorded, but rarely causes damage. Usually not felt by humans.

3 to 6. Can be felt by humans. Damage is usually minor. Some buildings can be affected.

6 to 9+. Can cause great damage. An earthquake with a magnitude over 6 can cause damage for 100 miles (160 km). Anything greater than 8 can cause severe damage over an area of hundreds of square miles. Earthquakes over 8 only happen about once a year. 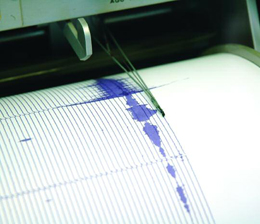 Dr. Charles Richter realized that the shocks caused by earthquakes could be measured. A machine called a seismograph measures the shock, or seismic waves. The magnitude of an earthquake is measured from 1 to 10, with 1 being the smallest and 10 the largest.

A volcano that has erupted in recent history or that is expected to erupt again in the near future.

A volcano that has not erupted for a very long time, but may erupt in the future.

A volcano that scientists believe will not erupt again.

The sight of a mountain pouring out smoke and red hot lava is one of the most amazing in all of nature. A volcano is an opening in the Earth's crust that allows molten rock to escape. This molten rock, or lava, cools after it escapes and becomes igneous rock.

This eruption occurs when pressure forces the release of lava from a volcano. 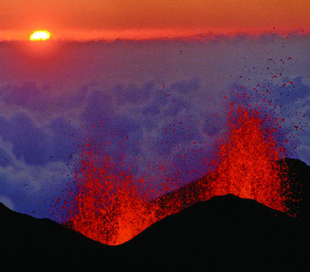 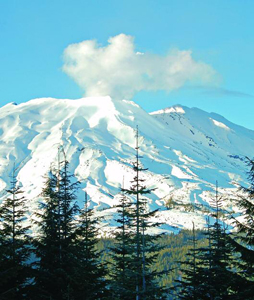 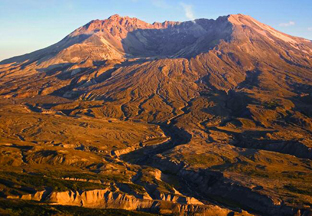 Before it was over, 230 square miles (596 sq km) of land were covered in lava and ash. Thousands and thousands of acres were destroyed. Along with thousands of forest animals and millions of fish, 57 people lost their lives.

If you could cut into the surface of the Earth, you'd find places where the rock is layered like a birthday cake. These are layers of sedimentary rock, which form when rain, snow, ice, or wind carry rock particles. These particles are deposited in the water.

Over time, a process called lithification causes the sediment to turn into sedimentary rock. 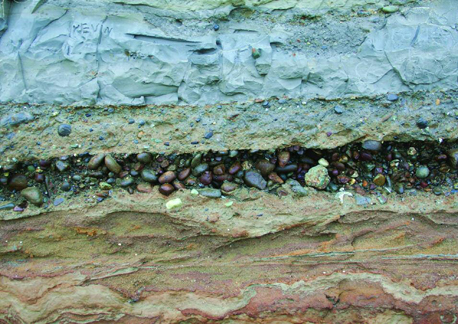 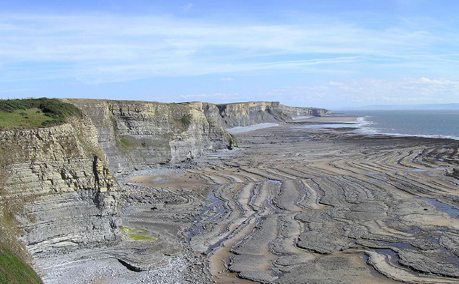 So far, we've only looked at ways that land is built up. In order for new rocks to be created, older ones must be destroyed.

You might not think that something as harmless as the weather could break down rocks, but it does! Weathering is the breaking down of rocks through exposure to the atmosphere. There are two basic types of weathering: mechanical and chemical.

Mechanical weathering takes place when rocks are broken apart. For example, water in rocks will freeze and thaw based on air temperatures. This causes the water to contract and expand, which weakens the rock. Over time, the rock breaks down.

Chemical weathering causes rocks to weaken. When iron meets water it rusts. The same thing happens to the iron in a rock. When it rusts, or oxidizes, the rock gets weaker, and sooner or later it breaks down. 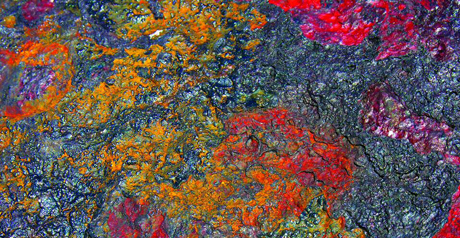 Iron has oxidized in this rock.

Once rocks begin to break down through weathering, erosion can take over. Erosion is the process by which rock particles are moved. Water, wind, ice, and gravity can all cause sediment to break away from rocks.

Usually, particles move from higher places to lower places. Gravity can cause weathered rocks to fall down a mountainside. Rain can wash it into a river, where it moves farther down still. The power of the flow of the river can cause even more sediment to break off along the riverbed. 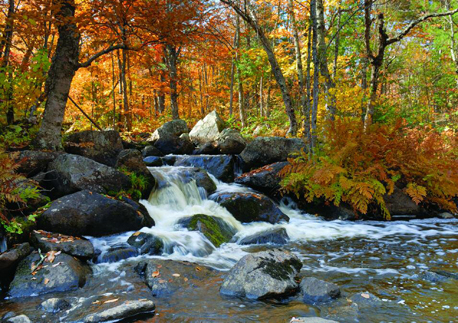 A rough river can move sediment.