If you think about the size of the continents, it's hard to imagine any of them moving. Yet they do move all the time!

The lithosphere isn't one solid rock. It's broken up into large plates. Scientists believe these huge plates of crust and upper mantle move about on the lower mantle. The theory that the lithosphere is made up of moving plates is called plate tectonics.

The plates move very slowly. The average plate moves no more than about 4 inches (10 cm) a year. Yet, over hundreds of millions of years, the plates have moved long distances. Many scientists believe that continents were once joined but have drifted apart due to plate tectonics. 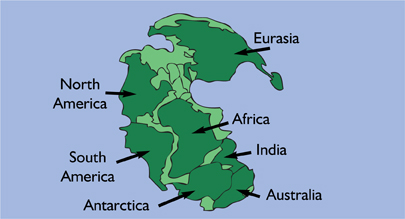 A supercontinent named Pangaea existed on the Earth 250 million years ago. 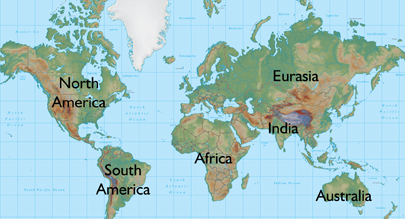 Plate tectonics caused the plates to drift into the positions they occupy today.