Mild precipitation and seasonal changes in weather can be easy for us to handle. However, severe weather can be a dangerous force, leaving destruction in its path. 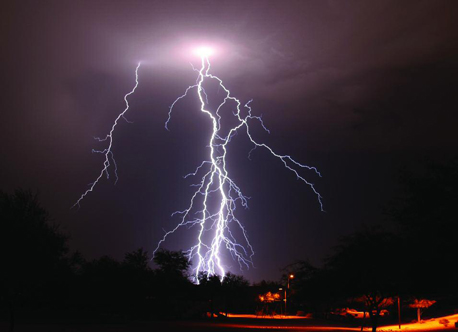 Heavy lightning can cause power to go out.

Boom! Have you ever heard the rumble of thunder and wondered why it happened? Lightning, created by the electricity in clouds, heats the air around it. The air moves so suddenly that it makes a crashing sound, like an explosion. Light travels much faster than sound. That is why we often hear the thunder after we have seen the lightning. The farther away the lightning is, the longer it will take to hear the thunder. 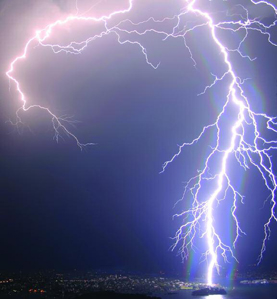 Calculate the distance of lightning

Storms often occur when large bodies of air, called air masses, collide. Warm and cold air masses confront each other over the land. The place where they meet is called a front.

A cold front occurs when a cold air mass is pushing against a warm air mass. The opposite condition would be a warm front. A cold front moves quickly and plunges beneath warm air, often causing heavy rain or snow. These storms are usually followed by cooling temperatures. A warm front can also cause rain and temperature changes, but much more slowly. 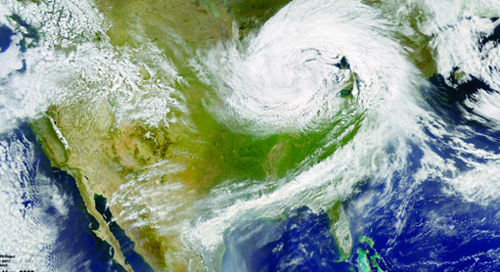 A satellite view of a frontal system moving over the United States.

Heavy rains often bring the danger and destruction of flooding. Flash floods can occur in areas where creeks and other smaller waterways flow into larger rivers. After just a few hours of heavy rain, water levels can rise dramatically and thrust a powerful wall of water into surrounding towns.

Other floods, like tsunamis, can be predicted in advance. Tsunamis are giant waves caused by undersea events like Earthquakes, volcanoes, or landslides. Tsunamis, sometimes called tidal waves, can cause enormous damage to coastal areas. 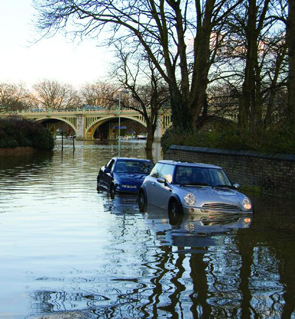 Severe flooding has submerged these cars.

Tornadoes are violent windstorms that occur when warm, moist air rises quickly toward cool air. Most tornadoes are funnel-shaped, but tornadoes can come in many different shapes and sizes. The rapidly swirling air occurs during a thunderstorm and stretches from the thunderstorm to the ground.

According to the National Oceanic and Atmospheric Association (NOAA), there are about 1,000 tornadoes reported in the United States each year. These tornadoes can leave a path of destruction over 1 mile (1.6 km) wide and 50 miles (80 km) long. 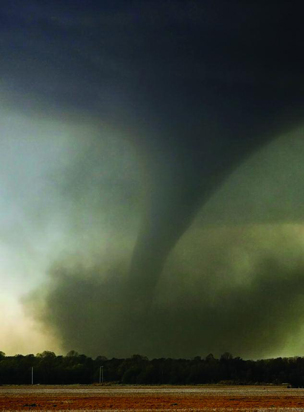 A tornado leaves a path of destruction.

Hurricanes are severe tropical storms that form over the ocean and often travel toward land, bringing strong winds and flooding. In some parts of the world, hurricanes are called typhoons or cyclones.

Hurricanes begin as tropical storms. Wind and rain rotates in a counterclockwise direction around the “eye” of the storm. When winds reach 74 miles (119 km) per hour, the tropical storm becomes a hurricane. 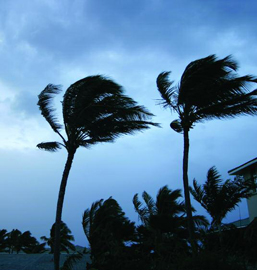 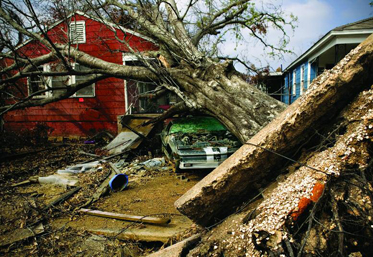 The aftermath of a hurricane.

Hurricanes are classified by the strength of their winds.

There are five categories of hurricanes, mainly determined by the strength of the winds and the amount of potential damage to structures. It is known as the Saffir-Simpson Scale.

Sometimes blizzards are not made of falling snow, but of snow that has been picked up from the ground by strong winds. These storms are called ground blizzards. 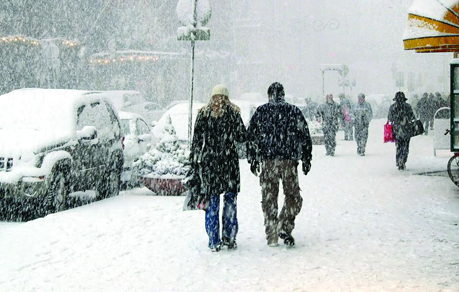 Heavy blizzards can cause whiteouts. 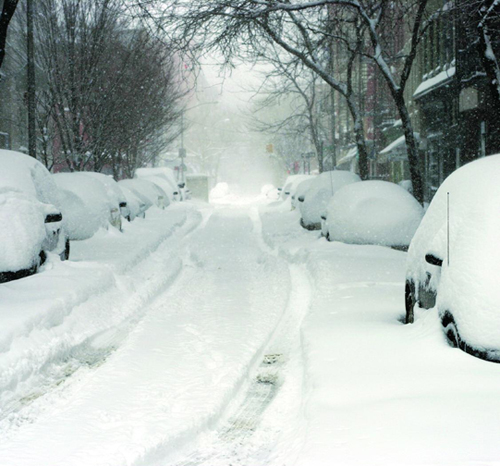 This street and all the cars parked on it are covered in deep snow due to a blizzard.