Is There Hope for the Bar-Tailed Godwit?

Wildlife that once struggled to survive now thrives in northern California's Arcata marsh. Can the bar-tailed godwit enjoy a similar success story? The species depends on the wetlands that surround the Yellow Sea, including the Saemangeum wetland in South Korea. Sadly, this wetland underwent a devastating change in 2006, when South Koreans completed a fifteen-year project to build a seawall along the wetland.

When it was completed, engineers drained the wetland, putting tens of thousands of migrating birds at risk of starvation, and affecting the livelihoods of 25,000 people from fishing communities along the coast of the Yellow Sea. Too late, those who had built the seawall discovered there was not enough water to irrigate the crops they had planned to grow. And then, instead of making a decision to restore the wetland, they began discussing other possible uses of the land, including the building of a golf course or casino. 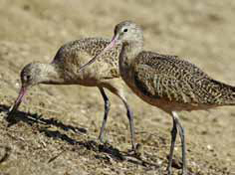 Godwits find their food in mudflats and marshes.

There is a glimmer of hope, though. Engineers have placed sluice gates in the Saemangeum seawall. Sluice gates are wooden or metal plates that open and close to manage the flow of water. If the Korean government would allow the gates to be kept open, the tide would return, bringing food to the birds and the people who live along the wetland. Conservation groups are doing all they can to make it happen, which is good news for the people, plants, and animals of the Saemangeum wetland and the population of bar-tailed godwits that rely on it. 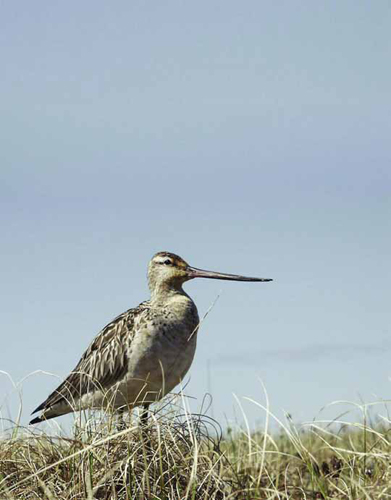 Wetlands are vital to a healthy planet. We can all do our part by keeping pollution out of wetlands and by teaching others how wetlands work to help the Earth.