In 1983 Harvard Howard Gardner advanced the theory of multiple intelligences (MI) in response to traditional intelligence tests that had previously been used as predictors of success in educational, occupational, and military settings. Rather than relying only upon standardized measures of language, mathematics, and logic as indicators of general intelligence, the theory of multiple intelligences proposes that humans are inherently intelligent nine distinct ways: visual/spatial; verbal/linguistic; mathematical/logical; bodily/kinesthetic; musical/rhythmic; intrapersonal; interpersonal; naturalistic; and existential. Gardner theorizes that while all humans possess each of these distinct intelligences, specific intelligences will be more prominent than others in each person. 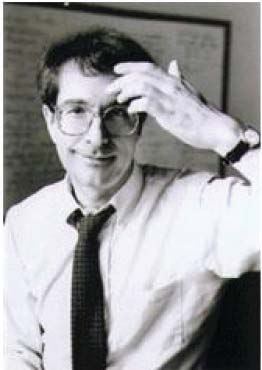 Gardner's theory of multiple intelligences challenged the long-standing use of standardized intelligence tests. The first widely used intelligence quotient (IQ) test was developed by French psychologist Alfred Binet in 1908 and revised in 1916 by Lewis Terman at Stanford University. This Stanford–Binet test, as it came to be called, was developed to predict school success for young children. Because the IQ tests were simple and inexpensive to administer, schools, employers, and the United States military adopted them to screen applicants for readiness and for future potential. The Scholastic Aptitude Test or SAT is an example of an aptitude test used to predict future college success; Gardner claims tests like SAT only measure intelligence in one dimension, thereby privileging a particular kind of intelligence over others.

Soon after Gardner's book, Frames of Mind: The Theory of Multiple Intelligences, was published in 1983, his new theory was quickly embraced by educators, though it was simultaneously roundly criticized by psychologists who claimed the theory of MI was not based in empirical science, but instead upon intuition and anecdotes. Those who embraced Gardner's theory of MI may have done so because it is easy to think of a person who is unusually gifted in some skill without having been successful in academics. For example, a gifted dancer exhibits extraordinary physical talent but might not perform well on standardized assessments. A car mechanic may intuitively know how to improve the performance of an engine but does not read well. Multiple intelligences has been used to explain the occurrence of seemingly innate, undeveloped abilities, such as four-year old Mozart's capacity to play and compose highly technical piano music that continues to challenge musicians today.

Although schools continue to measure student learning through standardized testing, Gardner's widespread influence on the practice of teaching is undeniable. The acknowledgement of multiple intelligences has encouraged educators to include movement, music, visual support and graphic organizers, problem-solving, and social engagement to help students experience learning in a hands-on environment, rather than simply relying upon passive practices, such as listening and reading.

———. “Reflections on My Works and Those of My Commentators.” MI at 25: Assessing the Impact and Future of Multiple Intelligences for Teaching and Learning. Ed. Branton Shearer. New York: Teachers College P, 2009, 96–113. Print.