Test doubles are pieces of code used to test other software components. Each of the five types of test double simulates functionality in order to test different capabilities, which can be useful during unit testing.

TEST DOUBLES AND THEIR ROLES IN TESTING

Test doubles are pieces of code used to test components under test (CUTs), or systems under test (SUTs). A test double conforms to the interface (object methods and properties) required by the component being tested, and can help verify the SUT's correct functionality. Test doubles are useful when the other software components needed to test an SUT have not been developed or are otherwise unavailable. Some allow units of code to be tested when using the real components would be too slow for efficient testing. Each type provides different capabilities that can be useful during unit testing.

A dummy object implements an interface needed to test a component. They are used when an object must simply exist to provide the needed test functionality. For example, a unit test might be conducted to determine if a component can create an object or to provide objects that are needed to test code that adds objects to a data structure. Dummies supply the least functionality of the test double types.

A test stub can not only implement the needed interface (allowing it to serve the same functions as a dummy object), but also provide the functionality to supply inputs required by the SUT. For example, if the SUT requires the time of day be provided when a method in the test double is called, a stub could provide a time as requested. Stubs can be used to test for error and exception handling.

A test spy is typically used to record calls to a class that the SUT is using. For example, a test spy would count the number of times the SUT called the method that provides the time of day, unlike a stub, which would provide the time instead.

As the name implies, a fake object mimics the functionality expected of an object by the SUT but implements it differently from the actual object. Fakes are typically used to speed up testing when using the actual functionality would take too much time. For example, data could be stored in local memory to simulate the existence of a database during testing without connecting to a database server.

The last type of test double is the mock object. Unlike the other test doubles, which test the SUT's inputs, a mock tests the SUT's outputs. For example, a mock would be used to ensure that the SUT passes the correct parameters to the method that provides the SUT with the time of day.

Test doubles are a key element in a successful unit testing program. They allow components of a large software system to be tested individually and at any time in the development cycle without affecting those already tested and deployed or consuming valuable resources, such as network bandwidth and database storage. The various types of test doubles allow different testing approaches to be conducted with the least amount of effort spent on developing the test doubles. Test doubles are also well suited for testing applications developed using object-oriented programming (OOP), which is widely used. Unit tests are often automated, too, saving valuable time in writing, debugging, and maintaining code.

Consider the following code sample in the Visual Basic language.

Assuming that the getTime procedure is designed to store the time of day when the procedure is executed in the timeOfDay variable, what type of test double is being used to test myModule? What is the test attempting to verify?

The test double being used is a stub. This is because it provides the input required so that the getTime function of myModule can be tested without generating an error. As the test double provides a static response of 9:00 p.m. to every call from the getTimeOfDay method, rather than mimicking the actual functionality of the getTimeOfDay method by returning the actual time of day, it cannot be considered a fake object.

The test stub is being used to verify that the getTime function in myModule has successfully created an object of type Clock and has invoked the object's getTimeOfDay method.

Using test doubles requires developers with the knowledge and experience to create the appropriate test doubles and testing procedures. It also demands the financial and other resources needed to implement a robust testing regime. Therefore, it may not be an appropriate approach for small organizations with limited budgets and few IT staff.

Test doubles are useful in many real-world testing situations. They are particularly useful when testing large, complex, modular systems. For example, an international insurance corporation might be testing a customer relationship management application used by the global sales department. A large team of developers are building this large-scale application using an OOP language. The application features a modular design because it needs to be deployed quickly and be responsive to changes in the sales department's requirements. Such an application is an ideal candidate for the use of test doubles. 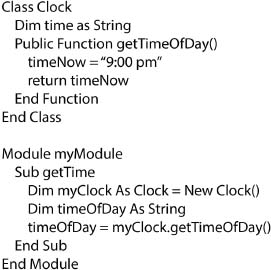 DOUBLING THE POWER OF UNIT TESTING