Search Engine Optimization (SEO) is an Internet marketing technique that tailors a website—through the inclusion of keywords and indexing terms and the manipulation of HTLM or other coding—to position it to receive a high, organic (unpaid) ranking within search engines such as Google or Bing. Competition for user attention on the Internet is fierce; therefore, website designers employ search engine optimization to make sure their websites are listed within the first three or four screens, because research has shown that few users will search much beyond that point. The goal of optimizing a website's position in a search engine's results, then, is to attract a higher volume of web traffic that, in turn, translates into higher visibility and/or greater profits. Although the technology behind SEO reflects some of the most sophisticated computer science programming, its logic reflects the conventional wisdom of more than a century of advertising by creating an audience or market through effective product placement. 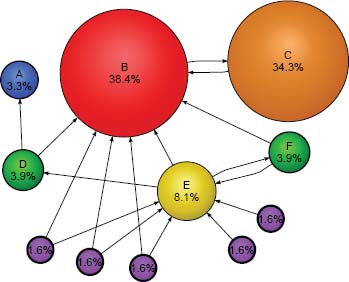 This is image of impression on search engine optimization.
OVERVIEW

Many websites simply pay for advertising, either through the search engines themselves or on the social media networks that accept ads. But when Google or similar search engines accept payment for rankings, those websites are listed as sponsored links to underscore that their inclusion in the results is not organic. In the Internet era, to ignore the search engines risks jeopardizing a potential exponential expansion of the reach of the website. Early experience with the market potential of the Internet in the mid-1990s revealed that many webmasters were manipulating the key term algorithm to attract a wider market, often by using misleading key term indicators that ultimately wasted users’ time, as search engines would simply download the site's initial screen and gather key terms (called “crawling”) that would in turn be indexed. As the Internet expanded and the competition for traffic increased, search engines have by necessity grown far more protective and far more careful in sharing with webmasters how they gather the key terms and how those key terms are in turn used to rank the websites.

Levy, Steven. In the Plex: How Google Thinks, Works, and Shapes Our Lives. New York: Simon, 2011.