Imagined communities are populations of individuals that—though they may never come into contact with the vast majority of the group's other members—all self-identify under a shared community identity. The concept was first presented as a frame for understanding nationalism in Benedict Anderson's 1983 book Imagined Communities: Reflections on the Origin and Spread of Nationalism. The term is now applied more broadly, and can be used to refer to communities defined by a variety of common causes, interests, and characteristics.

In forming the imagined communities concept, Anderson sought to explain nationalism through a modernist lens, describing it as a socially constructed value rooted in political and economic interests. This viewpoint stands in opposition to the primordialist take on nationalism that was popular throughout the early twentieth century, but faced heavy criticism in the years following World War II. Primordialism holds that nations are inevitable formations that evolve organically due to shared cultural traits—language, for example—that create a sense of community knowledge and cohesion. Anderson's view of nationalism also holds language in high regard, but he is more concerned with language media and the use of language as a political tool.

Anderson asserts that the increasingly widespread use of print media in the eighteenth and early nineteenth centuries—the creation of the first truly mass medium—also led to the development of mass literacy, making the masses of Europe more aware of the context of their existence. Through this awareness, a communal identity formed, and the historic concepts of dynastic monarchy and rule by divine right lost some of their power. In this way, the concept of the nation-state—an imagined entity with finite boundaries, sovereign and with the right to self-determination by its people—came into existence. Confirming this idea were the revolutions in France and the British colonies in America, which established sovereign republics with governments ostensibly answerable to their people—populations with by then a sense of national identity, or imagined community. 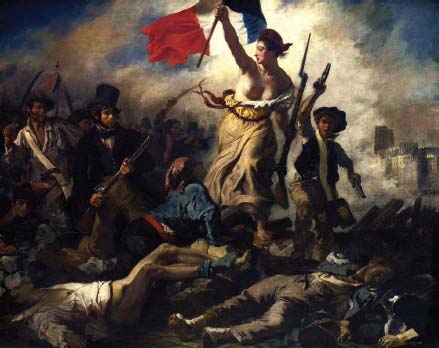 Liberty Leading the People (Eugène Delacroix, 1830) is a famous example of nationalist art. 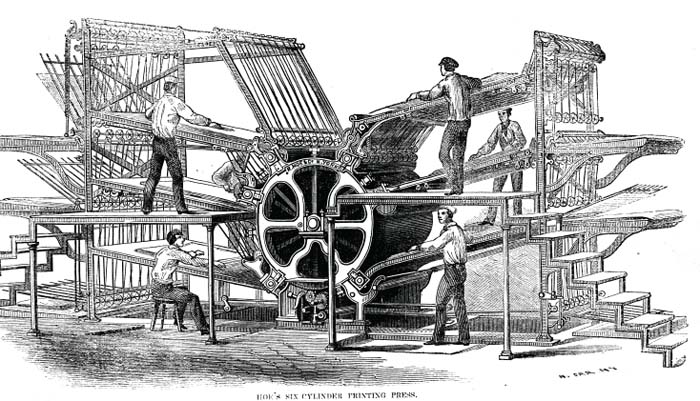 Over time, the term “imagined community” became more general in meaning. It is now used in academic circles to apply to communities of common interest, online communities, and other groups lacking regular face-to-face interaction formed around any number of shared identities, from sexual orientation to political affiliation.