Expectancy theory is a theory of motivation focusing on how and why people become motivated. Business expert Victor Vroom identified the attributes of expectancy theory in 1964, although some researchers believe the original theory dates back to Edward Tolman's work in the 1930s. Tolman, an American psychologist, suggested that human behavior is directly affected more by expectation than by any direct stimuli. Vroom's work, however, greatly impacted the understanding of how cognitive processes affect an employee's motivation to perform. 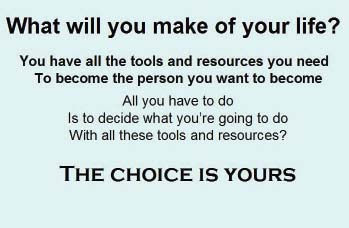 Emphasizing choice in decision-making as a tool for achievement and empowerment.

In the application of this formula, motivational forces (MF) directly relate to those internal and external variables affecting an individual's performance and effort. Employees consistently leverage the results of their efforts with the expectation that hard work will lead to intrinsic or extrinsic rewards. The perception of acquiring potential rewards based on their individual effort must then be measured in terms of value: is my effort worth the reward expected? Expectancy (E), therefore, is directly associated with the innate belief that successful performance will lead to rewards. In an organizational context, individuals maximize their instrumentality through the achievement of high performance goals with the understanding that successful performance will be followed by rewards. When employees perceive that rewards are not congruent with performance, the value (V) of their effort decreases due to the perception that the efforts gained as a result of hard work are not worth the effort expended. The influence of instrumentality and value subsequently affects the effort to which an employee will persist in hard work.

The theoretical implications of expectancy theory are complex and depend upon numerous factors that may possibly influence employee motivation. The degree to which individual employees assigns a value to his or her instrumentality will determine the level of effort devoted to a particular task. Numerous factors must be taken into consideration when measuring the perceived rewards and consequences of effort as postulated by Vroom's expectancy theory. Despite the complexities of expectancy theory, there are numerous applications in education, business, social sciences and government.