Long before the written word, people recorded stories in pictures in the form of rock paintings and engravings, which go back tens of thousands of years. Throughout most of history, recording a scene or producing a detailed image was a laborious, timeintensive process. Artists created paintings and etchings from sketches. The invention of the camera allowed people without these artistic talents to record images.

The first cameras were large, cumbersome tools, requiring glass or metal plates, chemicals, and other equipment. In 1884, George Eastman introduced the technology of film to replace the large plates. Sixteen years later, in 1900, the company he founded, Kodak, would allow everyone to take pictures with a simple, yet effective little camera, the Brownie.

Digital photography was the next step in allowing the general public to produce photographic images with ease. In 1975, Cromemco released the Cyclops, a digital camera available commercially; however, much of the technology used was parlayed into other products. Though development had begun much earlier, with prototypes surfacing in the 1970s, the first digital camera widely available on the market was the Dycam Model 1, released in 1990 by Swiss tech company Logitech. 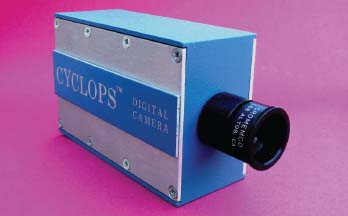 Digital cameras use electronic photodetectors to capture images. Although the science of light and optics (lenses) is largely the same as with traditional film cameras, the image is stored electronically, without the use of light-sensitive film. Electronic images are stored either as RGB color space—where tints of red, green, and blue can be combined to various degrees to form any of all possible colors—or raw data, sometimes also called digital negatives, which store all photographic metadata, including light, color, color saturation, white balance, contrast, and sharpness. The advantages of a camera that can store raw images is that the digital negatives contain significantly more information to produce higher quality and more accurate photographs during photo editing. In either case, the images are stored on solid-state digital memory devices.

______ How to Photograph Absolutely Everything: Successful Pictures from Your Digital Camera. New York: DK, 2009. Print.