The term “digital native” was coined by writer Marc Prensky in 2001 in an article for the journal On the Horizon about an emerging issue in education; he also created the term “digital immigrant” in the same article. In the article, he was writing about the changing nature of teaching—students have grown up around digital technology, while their teachers did not—and how it is affecting the educational system. He argued that the discontinuity has changed how students think critically and process information, which has widened the gap between them and their teachers, who must adapt to the new environment. Prensky further noted that digital immigrants often retain an “accent” that blends outdated language and behavior, highlighting their struggle to reconcile the new and the old. 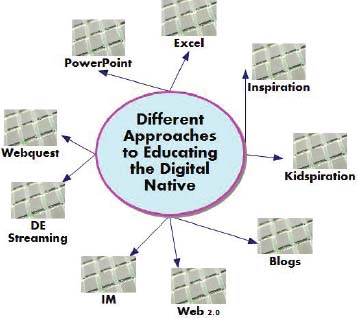 The primary trait of digital natives is the ability to receive information rapidly, often through parallel processes and multitasking, taking on many things at once. Digital natives, who became used to these skills through their formative years, have entirely different frameworks for learning from those of the digital immigrants who are their teachers. This can be as simple as a student being able to read and watch television at the same time or a much wider divide related to communication, networking, and connectivity in instruction. Another related issue is the disconnect between the attention of natives and the methodology of immigrants.

Beyond education, the concept of digital natives has become, in the broader sense, related to demographic and generational differences. The differences between the two groups—occasionally referred to as “analog versus digital”—are increasingly important as technology development continues to accelerate. Digital natives adapt to new technology almost instinctively, utilizing prior experience to intuit how to use something new; digital immigrants often struggle to keep up and often fail when they attempt to apply more traditional styles of thinking to new contexts.

The gap between digital natives and digital immigrants, known as the digital divide, has further implications when examined on a global scale. Poverty in developing nations is a potent example of this gap between the connected and disconnected, making it clear that it is not just a generational concern and instead runs the risk of being an ever-widening issue. The concept of digital natives is not without some controversy, however, with some critics noting that learning the use of digital technology is more simply a matter of access and cultural capital.