Digital forensics is a branch of science that studies stored digital data. The field emerged in the 1990s but did not develop national standards until the 2000s. Digital forensics techniques are changing rapidly due to the advances in digital technology.

Digital forensics is the science of recovering and studying digital data, typically in criminal investigations. Digital forensic science is used to investigate cybercrimes. These crimes target or involve the use of computer systems. Examples include identity theft, digital piracy, hacking, data theft, and cyberattacks. The Scientific Working Group on Digital Evidence (SWGDE), formed in 1998, develops industry guidelines, techniques, and standards. 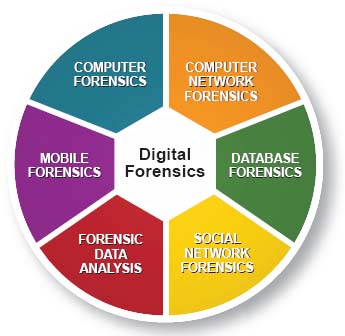 Prior to the Electronic Communications Privacy Act (ECPA) of 1986, digital data or communications were not protected by law and could be collected or intercepted by law enforcement. The ECPA was amended several times in the 1990s and 2000s to address the growing importance of digital data for private communication. In 2014, the Supreme Court ruled that police must obtain a warrant before searching the cell phone of a suspect arrested for a crime.

Once forensic investigators have access to equipment that has been seized or otherwise legally obtained, they can begin forensic imaging. This process involves making an unaltered copy, or forensic image, of the device's hard drive. A forensic image records the drive's structures, all of its contents, and metadata about the original files.

A forensic image is also known as a “physical copy.” There are two main methods of copying computer data, physical copying and logical copying. A physical copy duplicates all of the data on a specific drive, including empty, deleted, or fragmented data, and stores it in its original configuration. A logical copy, by contrast, copies active data but ignores deleted files, fragments, and empty space. This makes the data easier to read and analyze. However, it may not provide a complete picture of the relevant data.

After imaging, forensics examiners analyze the imaged data. They may use specialized tools to recover deleted files using fragments or backup data, which is stored on many digital devices to prevent accidental data loss. Automated programs can be used to search and sort through imaged data to find useful information. (Because searching and sorting are crucial to the forensic process, digital forensics organizations invest in research into better search and sort algorithms). Information of interest to examiners may include e-mails, text messages, chat records, financial files, and various types of computer code. The tools and techniques used for analysis depend largely on the crime. These specialists may also be tasked with interpreting any data collected during an investigation. For instance, they may be called on to explain their findings to police or during a trial.

CHALLENGES FOR THE FUTURE

Digital forensics is an emerging field that lags behind fast-changing digital technology. For instance, cloud computing is a fairly new technology in which data storage and processing is distributed across multiple computers or servers. In 2014, the National Institute of Standards and Technology identified sixty-five challenges that must be addressed regarding cloud computing. These challenges include both technical problems and legal issues.