A control system is a device that exists to control multiple other systems or devices. For example, the control system in a factory would coordinate the operation of all of the factory's interconnected machines. Control systems are used because the coordination of these functions needs to be continuous and nearly instantaneous, which would be difficult and tedious for human beings to manage.

One of the first steps in designing a control system is system identification. This is the process of modeling the system to be controlled. It involves studying the inputs and outputs of the system and determining how they need to be manipulated in order to produce the desired outcome. Some control systems require a certain degree of human interaction or guidance during their operation. However, control-system designers generally prefer systems that can function as autonomous agents. The purpose of a control system is to reduce human involvement in the process as much as possible. This is partly so personnel can focus on other, more important tasks and partly because problems are more likely to arise from human error.

The downside of an autonomous agent is that it requires greater system agility, so that when problems are encountered, the control system can either continue to perform its role or “fail gracefully” rather than failing catastrophically or ceasing to function altogether. This could mean the difference between a jammed conveyor belt being automatically corrected and that same belt forcing an entire assembly line to shut down.

Control systems are more than just computers that monitor other processes. Often, they also control the physical movements of system components. A control system may cause an assembly-line robot to pivot an automobile door so that another machine can attach its handle, or it may cause a device to fold cardboard into boxes to be filled with candy. Such tasks are accomplished via actuators, which are motors that the control system manipulates to execute the necessary physical movements. Sometimes only a single movement is required from a device. At other times, a device may have to perform several different movements in a precisely timed sequence. If this is the case, an automatic sequential control system is used to tell the machine what to do and when. 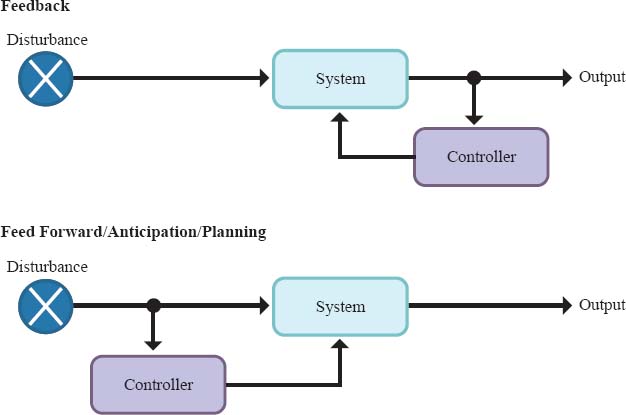 The development of very small and inexpensive microprocessors and sensors has made it possible for them to be incorporated into control systems. Similar to the closed-loop approach, these tiny computers help a control system monitor its performance and provide detailed information about potential issues. For example, if a control system were using a new type of raw material that produced increased heat due to friction and caused the system to operate less efficiently, microsensors inside the machinery could detect this and alert those in charge of supervising the system. Such information could help avoid costly breakdowns of equipment and delays in production by allowing supervisors to address problems before they become severe.

Linear control systems are a type of closed-loop system. They receive linear negative feedback from their outputs and adjust their operating parameters in response. This allows the system to keep relevant variables within acceptable limits. If the sensors in a linear control system detect excess heat, as in the example above, this might cause the system to initiate additional cooling. An example of this is when a computer's fan speeds up after an intensive application causes the system to begin generating heat.

Control systems are a vital part of everyday life in the industrialized world. Most of the products people use every day are produced or packaged using dozens of different control systems. Human beings have come to rely heavily on technology to assist them in their work, and in some cases to completely take over that work. Control systems are the mechanisms that help make this happen.