Computer-aided design, more commonly referred to as CAD, is the use of computer software, programs, and systems to create two-dimensional (2D) vector-based graphics and three-dimensional (3D) models that are used extensively in the architectural, design, drafting, and civil, electrical, and mechanical engineering industries. The introduction of CAD programs and software beginning in the 1980s significantly reduced manufacturing costs and expanding design and concepts capabilities within these and other fields.

CAD programs and software encompass a wide variety of applications that enable users to design not only machine parts, automobiles, buildings, and prosthetics, but also to create visual effects and computer animation, video games, and maps, and geo-spatial applications.

CAD was first introduced in the early 1980s and began to transform the profession of drafting by replacing the need for many manual drafting techniques used in architecture and engineering. However, many in the field credit Ivan Sutherland's 1963 MIT PhD dissertation, the computer program Sketchpad, for propelling graphics technology into the digital age. The capabilities and uses of subsequent programs grew to incorporate other design applications as computer technology improved and personal computers became more affordable. This, in turn, allowed businesses in various design fields the opportunity to reduce overall production costs by enabling fewer people to accomplish the work of many in a fraction of the time compared to traditional drafting, design, and engineering techniques.

The value of this technology to the industry goes beyond cost efficiency and productivity. The advanced technology associated with these systems has improved manufacturing and construction techniques, increasing the stability and safety of products and buildings, with increased accuracy and with fewer errors introduced into the process. This improved accuracy has also allowed designers, engineers, and architects to look at improving the materials used in a project, because they can determine how the material and structure will act in a 3D model prior to construction. CAD has also expanded the possibilities of construction with new shapes and complex geometrical designs that would have been cost-prohibitive to carry out via traditional techniques, such as hand-drawing and models. Many professionals credit CAD for enhancing the design process by encouraging architects, designers, and engineers to conceptualize nontraditional shapes that can be applied to their products and structures while simultaneously improving the accuracy needed to manufacture or build the resulting design. 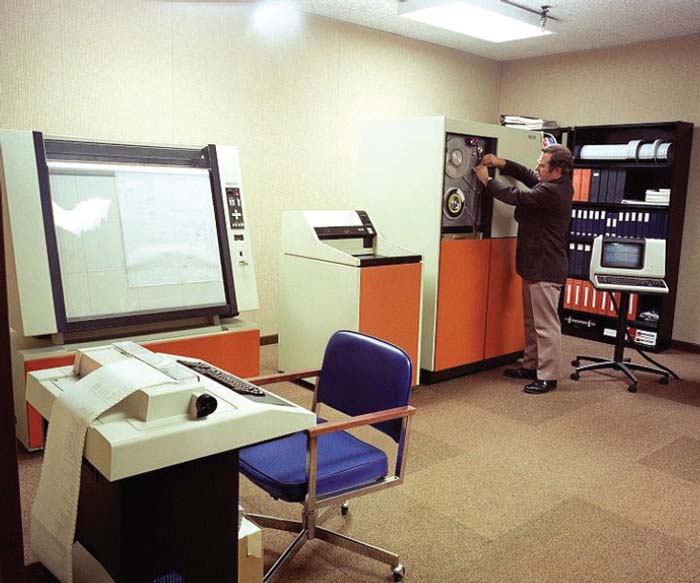 CAD software comes in many varieties, including many that are available as open source and free software. One such program is SketchUp, which was released in the summer of 2000 and won the Community Choice Award that same year. A free version of SketchUp that combines 3D modeling techniques with a geolocation component allows multiple users to download others’ designs and contribute to large multigroup projects associated with Google Earth. Widely used CAD software packages include CADKEY, CATIA, IEAS-MS, Inventor, Pro-E, SolidEdge, SolidWorks, and Unigraphics.