PLANTS AND OUR PLANET

Around planet Earth is a layer of gases. This is the atmosphere. It contains nitrogen, oxygen, and carbon dioxide. The carbon dioxide acts like a blanket. It traps the Sun's heat. This is the natural greenhouse effect. We need this to survive on Earth. 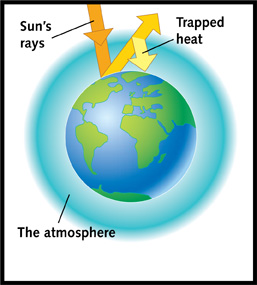 The greenhouse effect. Some heat escapes back into space, but some is trapped in the atmosphere.

What is Global Warming?

Among Earth's resources are the “fossil fuels.” These include oil, natural gas, and coal. We burn fossil fuels in cars, factories, and airplanes. We burn it in power plants that make electricity. This produces carbon dioxide. The carbon dioxide goes into the atmosphere. 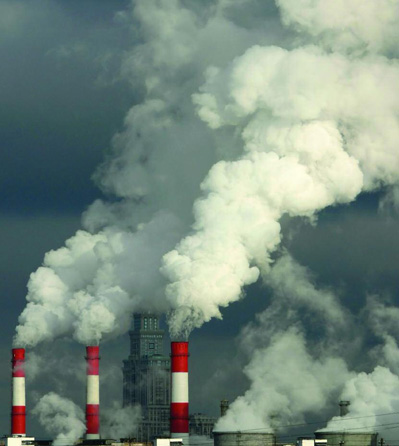 Factories release greenhouse gases into the air. This is causing global warming.

Today, there is too much carbon dioxide in the atmosphere. It is trapping too much heat. This causes our planet to warm up. This is global warming.

What is Climate Change?

Why is Climate Change a Problem?

As Earth becomes warmer, ice at the North and South Poles will melt. This could flood huge areas of land. Warmer temperatures could kill many species of plants and animals. They may be unable to adapt quickly enough to the new conditions. Climate change may also cause more violent weather, such as hurricanes. 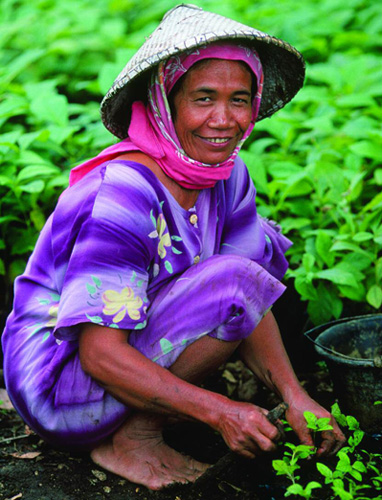 Climate change could mean that some plants will not grow as well in the new climate.

How Do Plants Affect Climate Change? 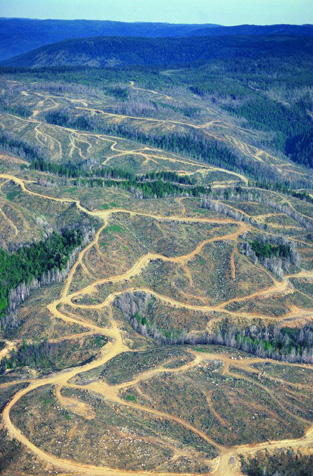 What Can We Do?

Rainforests are being cut down. People use the wood for building. They use the cleared areas for cattle to graze. We need to protect the rainforests. This is a job for every one of us, and the governments of our world. If we all manage to save a little, this could make a huge difference to our planet.

Science Encyclopedia for KidsFood from the Sun