Food webs change. They change as the environment changes. Imagine a group of plants dies out. Animals that feed on the plant must find other food to eat. Or maybe a new animal has come into an area. It competes with the animals already living there. These changes often affect the whole food web. 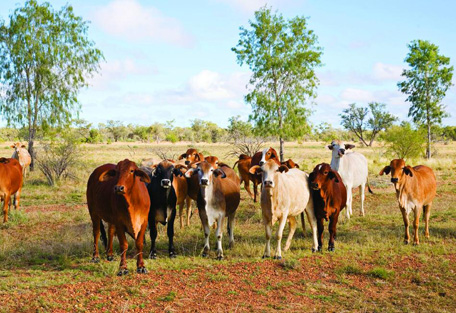 Often animals have to survive in difficult conditions. These cattle In Queensland, Australia, are competing for food in the same area.

At times, people have brought animals or plants to areas where they did not belong. This can have awful effects on an area's food web. For example, rabbits were taken to Australia in the 1700s. They have since spread across the continent. Some areas are now overrun with rabbits. The rabbits damage both farm crops and the environment. 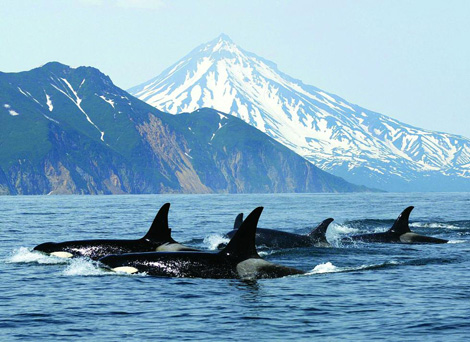 A group of orcas swimming off the coast of Alaska. Orchas often hunt in small groups known as pods.

The kelp forest web is an example of how food webs change. In recent years, sea otter numbers in Alaska have fallen. This happened because orcas (killer whales) started eating them. In the past, the whales ate mainly seals. But as seal numbers fell, the whales turned to sea otters for food.

Humans have changed food webs in many parts of the world. The biggest changes to the webs are caused by habitat destruction. We have destroyed forests, grasslands, and wetlands to grow crops and build cities and towns. Many living things have died out because of these changes. 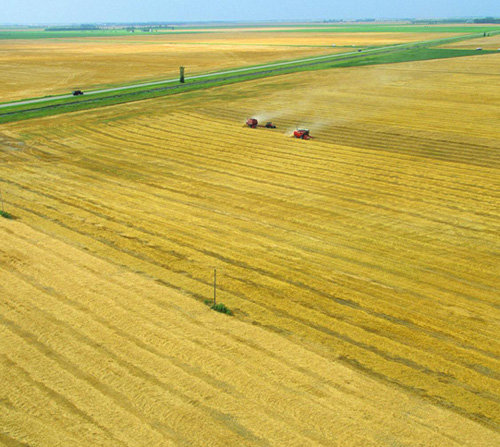 Humans have changed the habitat in many parts of the world in order to grow food. These wheat fields in East Grand Forks, Minnesota, were once rolling grasslands. 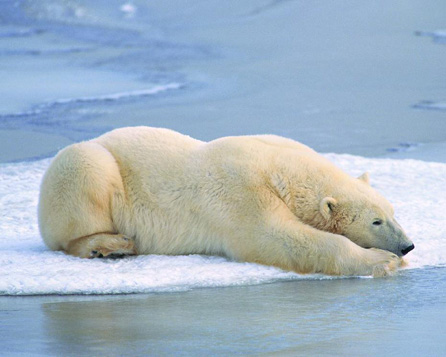 Climate change is affecting food webs throughout the world. Many coral reefs are struggling to survive because the water has become too warm for them. At the other end of the world, polar bears are starving. The Arctic ice is melting earlier each year. The bears need the ice to reach their hunting grounds.

At the start of the book, we read about the sea otter. We heard how the loss of sea otters caused problems for kelp forests. Luckily, sea otters did not die out. But we must remember the story. It will remind us to protect natural habitats and food webs. Any break down in these complex connections will affect humans as well as other living things.