A century ago, before there were so many electrical appliances and automobiles, we didn't need to produce much energy. Today, just about everything we use needs some form of energy. To meet the high energy requirements of all the things we need and want to do, we must produce energy from many sources. 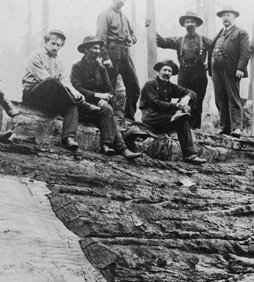 These sources are either renewable or non-renewable.

In the United States, most of our energy comes from non-renewable sources. Of these, the main types are fossil fuels, propane, and uranium. Each of these presents problems. Uranium is dangerous to humans and difficult to store. Fossil fuels (coal, oil, and natural gas) and propane are burned, so they create pollution. The sulfur dioxide from burning coal creates acid rain. Fossil fuels also give off carbon dioxide, which many scientists believe adds to the greenhouse effect and global warming. 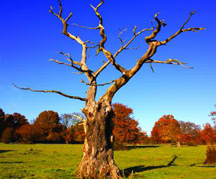 Acid Rain: When rain becomes acidic, it can pollute lakes and streams, harming the animals that live there. It can also cause damage to forests and even cause buildings to decay over time.

Greenhouse Effect: Many scientists believe that carbon dioxide and other gases in the air can trap energy in the Earth's atmosphere, causing the Earth to get warmer. This contributes to global warming, or an increase in the average temperature of the Earth. This can have harmful effects on the world's oceans, weather, and animal life.

The largest category of non-renewable energy is fossil fuels, which are fuels that come from dead organisms, such as plants and animals that died many millions of years ago. There are three main types: coal is a solid, oil is a liquid, and natural gas is a gas.

All of these fossil fuels are burned. When we burn them, they give us energy to create electricity, heat our houses, and power our vehicles. 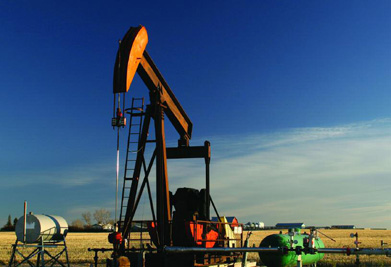 Uranium is a non-renewable energy source. It is used in the process of creating nuclear energy. It is non-renewable because there is only a small amount of uranium in the world.

Propane is created during natural gas and oil production. It is a gas, but it can be made into a liquid to make it easier to transport. Because it comes from two other non-renewable sources, propane itself is non-renewable. 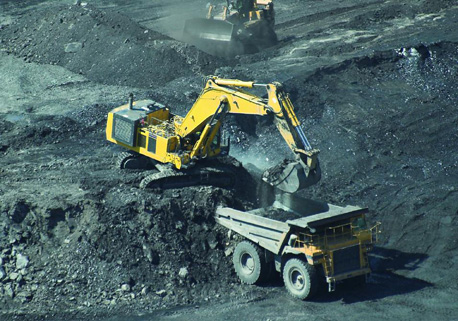 Trucks hauling coal from a strip mine.

There are some disadvantages to renewable energy as well. It can be difficult to harness, or gain control over. Some forms can be very expensive to use. Some depend on the weather, so they can be undependable. Finally, it can be difficult to generate enough energy using these sources to meet our growing energy demands. 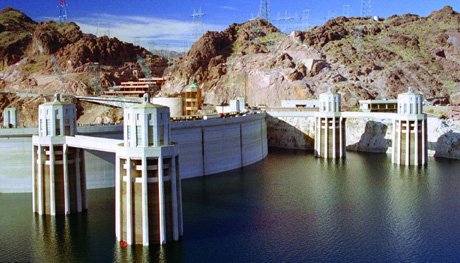 Solar energy is energy that comes from the sun. The radiation of the sun is captured in solar panels that are exposed to sunlight. The sunlight can be changed into electrical energy to power all the appliances in a home. It can also be used to heat a house and to create hot water. The main problems with solar energy are that the panels take up a lot of space and energy collection depends on the weather.

Hydropower is energy captured from the movement of water. It is sometimes called hydroelectric power because the water is used to turn turbines that create electricity. While hydropower creates almost no pollution, it can cause changes to the environment that affect animals and plants. 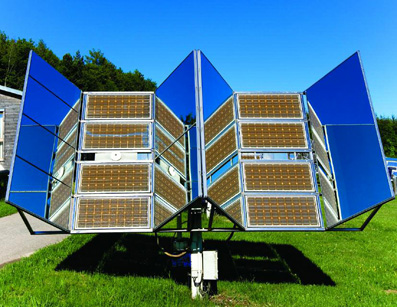 Wind power is energy captured from the movement of the wind. The most familiar form of wind power is the windmill, which uses the wind's energy to grind grain. More common today is the wind turbine. Like a windmill, its blades are turned by the wind, which spins a turbine that generates electricity. Wind is a very clean source of power, but it requires large, sometimes noisy blades to operate.

Geothermal energy is energy that comes from the Earth in the form of water or steam. The Earth's interior is extremely hot—hot enough to melt the rock that comes out of a volcano in the form of lava. That heat creates hot water and steam below the Earth's surface, which can be harnessed by digging a well. As the steam or water rises, it can be used to run a turbine and ccreate electricity. 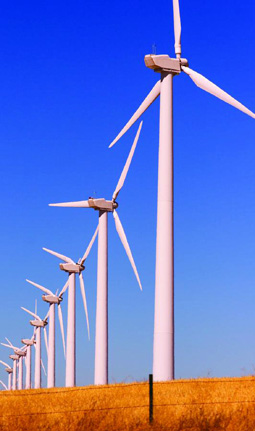 These modern day windmills conduct energy from the wind.

Wood is a major source of biomass energy. It can be grown and burned for fuel. Another large source is waste, which can come from landfills (garbage) or the waste from manufacturing. Some cars now run on a biofuel called ethanol, which is created from crops. Ethanol can be mixed with gasoline and used in cars. 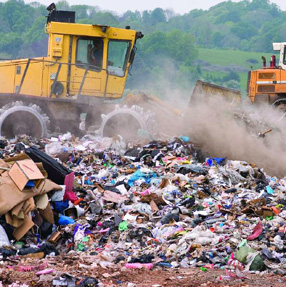 A landfill is full of stored energy.

Biomass energy suffers from the same major problem as fossil fuels: it must be burned and can be harmful to the environment. Still, it is considered less polluting than fossil fuels. It can help reduce our use of other non-renewable energy sources.