Life Cycle of a Cell

Cells differ in how long they live. Human skin cells, for instance, live about 28 days. Our white blood cells live about 13 days. Red blood cells, though, live up to four months. 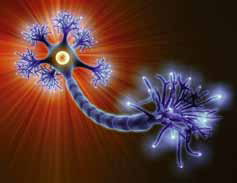 Nerve cells live about 100 years. They form in early childhood and stay active throughout life. If damaged, no new cells replace them.

In humans, billions of body cells die everyday. If new cells didn't replace them, we would soon die, too. So most cells have instructions to make copies of themselves. That way, their work can continue—and the whole organism stays alive. 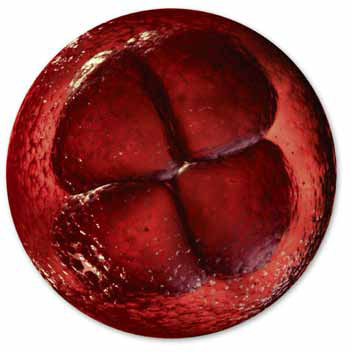 Our bodies replace cells more slowly as we get older.

Cells make copies by dividing into two cells in a process called mitosis. As the parent cell divides, it passes on its genetic instructions to both copies. The new cells look and function just like the parent. Eventually, each of the new cells will divide, too.

Multicellular organisms grow by producing more cells. As children, we get taller every year. That growth happens only because our bodies keep adding new cells. A sapling becomes a tree for the same reason.

But even after an organism grows up, its cells continue to divide. That's because cells wear out or get damaged. 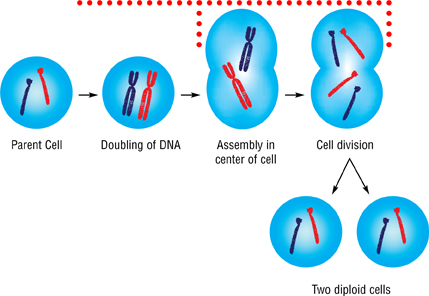 Humans and many other multicellular organisms have specialized cells for producing new individuals. Males have male sex cells, called sperm. Eggs are the female's sex cells. An organism makes its sex cells through a process called meiosis.

During meiosis in a female, for instance, a cell divides not just once, but two times. The process creates four female sex cells. Each of the four new cells has only half the chromosomes of other body cells. The same process occurs in the male. 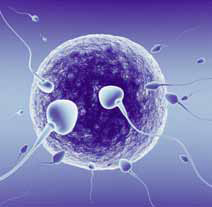 When a sperm cell enters an egg, chromosomes from the male and female come together. This process, called fertilization, creates new life. 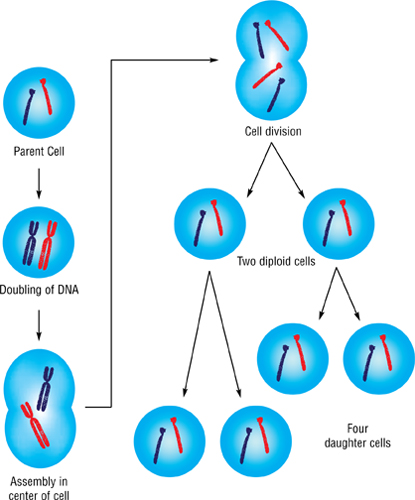 Plants can reproduce sexually, too. Many flowering plants, for instance, produce both male and female sex cells. In fact, these cells often develop inside the same flower. The stamen is the flower's male part. The female part is the pistil.

Pollen grains from the stamen contain male sex cells, or sperm. When these grains attach to the tip of the pistil they pollinate the flower. But that's just the beginning. From there, the pollen grows a thin tube that pushes down to meet the flower's egg cell. 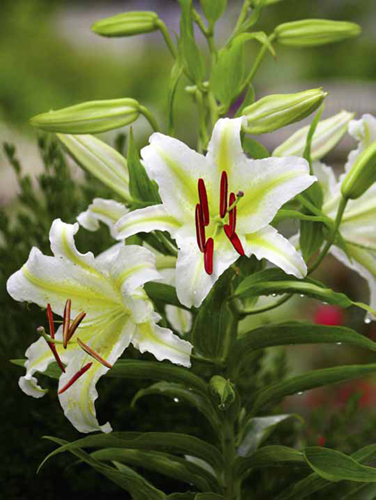 Flowers vary in the number and placement of their stamens. Sometimes stamens are small and hard to see. In other flowers, the stamens stand out, their tube-like anthers loaded with pollen.
Pistils differ among flower species. Some flowers contain one pistil; many have two or more. Whatever their differences, all flowers have the same purpose: reproduction. This white lily flower has both male and female flowers on the same plant, making it's job of reproduction easy.