Many Shapes, Inside the Cell, Typical Animal Cell, A Look at the Nucleus

All living things have something basic in common: cells. Most organisms consist of only one cell. The rest of us, from humans to fleas to flowers, are multi-celled. 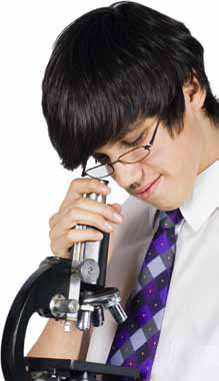 Whatever the organism, its cells are usually very small. A typical cell is about 1/1,000 of an inch (0.0025 centimeters) in diameter. It takes a microscope to see them. Added together, the cells in a human total more than 10 trillion. Whales have even more cells. The larger the organism, the more cells it contains. 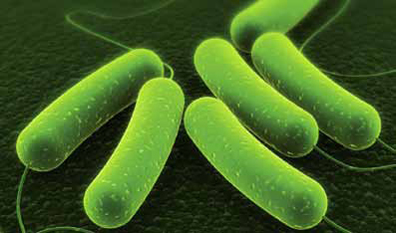 Some single-celled organisms called bacteria are so tiny that five side-by-side measure only 1/10,000 of an inch (0.00025 centimeters). 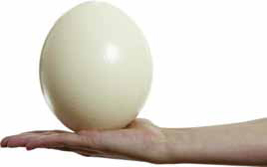 One amazing cell that you can see without magnification is an egg. Eggs, such as this enormous ostrich egg, are a single cell that when fertilized divides many times and develops into a chick.

Cells may be small, but they don't all look alike. They have many different shapes. Single-celled plants called algae, for example, often look like balls. But a type of algae known as a diatom may have the shape of a rod, cube, star, or pyramid. Single-celled animals have even more shapes.

The cells of multicellular organisms usually differ from one another in shape, and in function. Human muscle cells, for instance, are long and thin while red blood cells are disk-like. In general, animal cells have a greater variety of shapes than plant cells. Many of the cells inside plants look like boxes.

Robert Hooke first used the term cell in 1665. Looking at a piece of cork under a microscope, he noticed its many boxlike shapes. 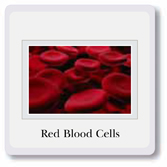 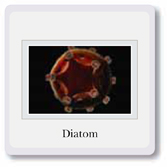 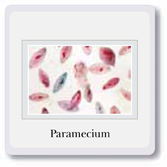 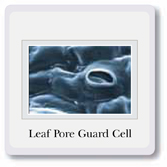 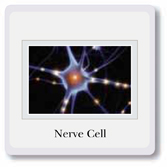 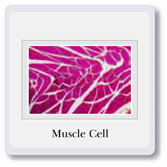 Whatever its size or shape, every cell is busy. Like a tiny factory, its different parts keep the cell functioning. All cells have the same basic parts: 1) a cell membrane, 2) cytoplasm, and 3) a control center.

The cell membrane is the cell's outer covering. It works like a filter that lets only certain substances in and out of the cell.

Cytoplasm is the colorless, jellylike matter inside the cell. It holds all the cell's various parts.

The control center of each cell directs all of its activities. In multicellular and many single-celled organisms, this center is an enclosed area called the nucleus.

The nucleus houses the cell's master plan. This plan is a set of instructions that each cell needs to work properly. 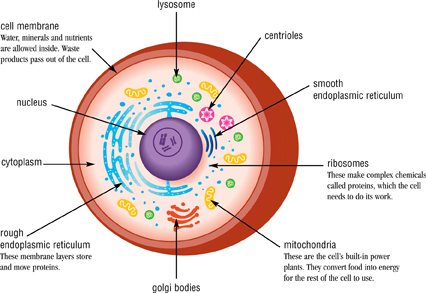 A Look at the Nucleus

Inside the nucleus, threadlike chromosomes carry the cell's instructions. A chromosome consists of many units called genes. Each gene contains a single instruction. 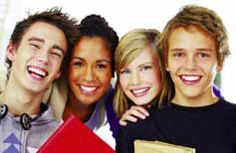 One or more genes may be responsible for such things as a person's eye or hair color. These qualities, or traits, make one organism different from another.

Every gene in a chromosome is made of a chemical material called DNA. The letters stand for Deoxyribonucleic Acid. The arrangement of the DNA in a gene (or group of genes) is important. One arrangement may produce brown hair. A different DNA arrangement would produce red hair.

The structure of DNA 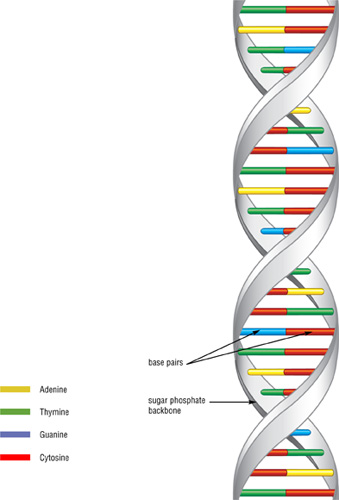 Plant cells have the same basic parts as other cells. But a plant cell also has some special features. For one, a stiff outer wall surrounds its cell membrane. The cell wall gives extra protection to the cell.

Every plant cell also contains a large sac for fluid. It's called a vacuole. The fluid inside keeps the cell strong and sturdy. 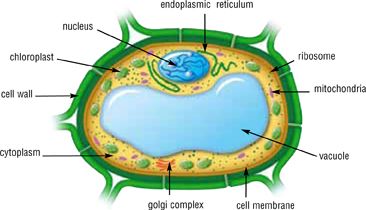 Plant cells are special in another way. Their leaf cells make their own food in a process called photosynthesis. The process happens inside the cell's chloroplasts. These small disks contain green matter called chlorophyll. During the day, the chlorophyll absorbs energy from the Sun's rays. The chloroplast uses the energy to combine carbon dioxide and water, which the cell brings in. This mixture forms a high-energy sugar. Plant cells use this food to do their work. As a by-product of photosynthesis, the cells give off oxygen.