Windmills may be the first wind-driven machines. They convert wind energy to mechanical energy. Historians believe people from Persia (now known as Iran) first used windmills to crush grain sometime between the sixth and eighth centuries. The windmills had several vertical poles with sails. Arranged in a circle, the sails rotated in the wind above a grinding wheel. Persians used the same windmill design to pump water for crop irrigation.

Europeans built post windmills around the twelfth century. The post windmill design is one many people are familiar with today. Post windmill sails turn in a similar way to sails on a toy pinwheel. 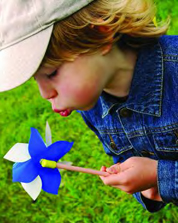 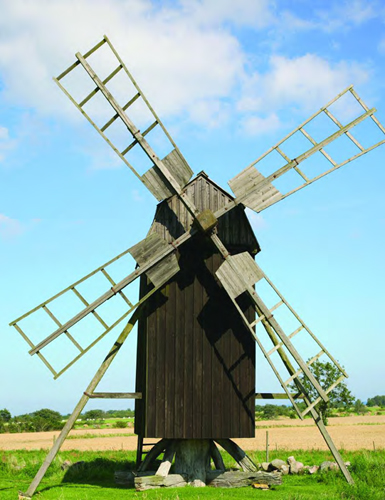 The Netherlands is a country famous for its windmills. The Netherlands is a low-lying region in Europe that has flooded many times throughout history. Beginning around the thirteenth century, the Dutch built windmills to power pumps, which drained areas below sea level. They used windmills for crushing grain too. About ten thousand windmills once dotted the Netherlands landscape. Today, just over one thousand remain. 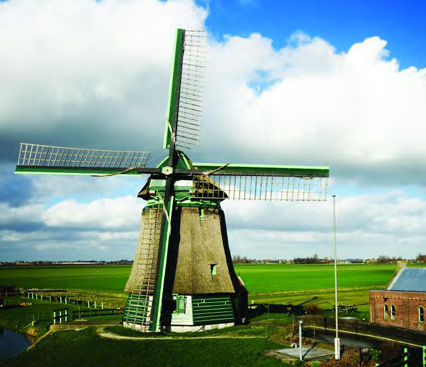 When Europeans colonized America, they brought their windmill designs with them. Windmills later played a role in America's westward expansion. As railroads moved west, so did windmill construction. The railroad used water, pumped from the ground with wind energy, for steam locomotives. Ranchers, farmers, and homesteaders also used pump mills to draw water for livestock and crops. Living in the Great Plains in the 1800s would have been difficult without pump mills. 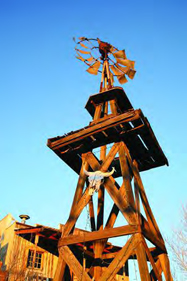