The Evolution of the Console

If you enjoy playing video games at home, you are not alone. You might have a problem choosing between the different game consoles, though. Each year brings new choices and new games.

Game systems in the first generation of video game consoles were introduced in 1972 through 1977. Spacewar and Computer Space, along with Odyssey and Pong, were part of this first generation. The Odyssey and Pong consoles came loaded with several games, but that was it. You couldn't add any more games to your system a month or two later. Even so, the technology was hugely successful, and home entertainment was about to change forever. 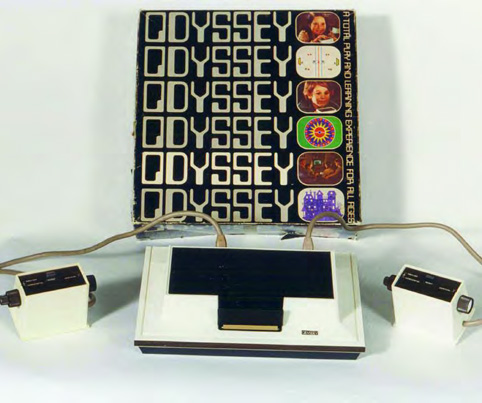 The first Odyssey console came with 12 games, including Table Tennis, Cat and Mouse, Ski, Wipeout, Interplanetary Voyage, and more. Play was in black and white, and there was no sound.

Game designers wanted to solve the problem of consoles that were limited to playing just a few games. Second generation consoles, produced from 1976 to 1984, were the solution.

Second generation consoles used games that were burned onto memory chips, tiny silicon chips that held the information necessary for game play. The chips were placed inside cartridges, hard plastic cases that could be inserted into a game console. When the cartridges were inserted into the console, microprocessors, known as the brains of the unit, would read the information and begin the game. 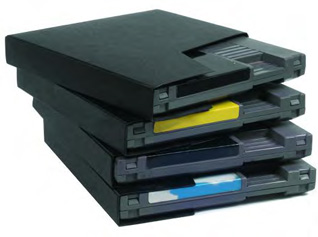 Now, instead of a limited selection, players had the opportunity to buy new games designed for their consoles as quickly as developers could dream them up.

By 1977, many companies had joined the video game industry, including Magnavox, Atari, and Nintendo. Nintendo released its first home video game in Japan in 1977 and its first arcade game, Othello, in 1978.

You've probably played some of the games that were introduced during the second generation. Some favorites include Asteroids, Donkey Kong, Pac-Man, and Mario Brothers.

In 1977, the Mattel toy company introduced a set of handheld games that included football, basketball, and baseball. The first handheld game to use interchangeable game cartridges was the Microvision, released in 1979. It had a small screen and a limited selection of games. Its keypad and screen were easily damaged, and it was discontinued in 1981.

In the third generation of games, from 1983 to 1992, the Nintendo Entertainment System (NES) was introduced and became a hit in the United States. Super Mario, packaged with the system, became a star for Nintendo. In Brazil and Europe, Sega was the popular console. 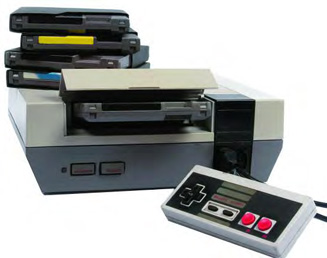 In 1989, Atari produced the Lynx, the first color handheld game, and the first with a backlit screen. Nintendo's Game Boy was produced the same year.

The fourth generation of games, lasting from 1987 to 1996, is called the 16-bit era. A bit is a basic unit of information storage and communication. The more bits a console has, the more information it can hold.

What is a Bit?

A bit is a binary digit. It is used in binary code, a language computers understand, that uses only two digits, 0 and 1, to process information.

A bit is a basic unit of information storage, or memory. A string of eight bits makes a byte. A byte holds only a very small amount of information, so we usually talk about memory in terms of kilobytes (KB), which is 1,024 bytes; megabytes (MB), which is 1,048,576 bytes; and gigabytes (GB), about 1 billion bytes. As technology becomes more involved, we will probably soon be using the term terabytes, which means one trillion bytes. 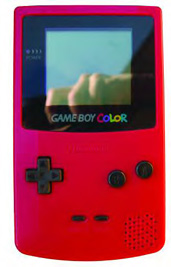 Are you familiar with Sonic the Hedgehog? Sonic is the hero of a series of video games produced by Sega. He also appears in comics, cartoons, and books. In 2005, Sonic the Hedgehog was inducted into the Walk of Game, a spot where video game achievements are honored.

Mario, the plumber, first appeared in the video game Donkey Kong. He has been Nintendo's official mascot for over 25 years. He has appeared in over 100 games, including Mario Kart racing, Mario Tennis, and Mario Golf. One of his newest adventures, Super Mario Galaxy, made for the Wii console, takes place in outer space. Mario's task, as in earlier games, is to rescue the kidnapped princess. Mario was also inducted into the Walk of Game in 2005.

Fifth generation consoles, produced from 1993 to 2002, were more powerful than earlier consoles. Sega and Sony were producing games on compact disk (CD) that were able to hold more memory.

Nintendo 64 continued to use cartridges for its newer 64-bit consoles. Even though they held less memory than CDs, Nintendo liked the fact that cartridges wouldn't scratch. 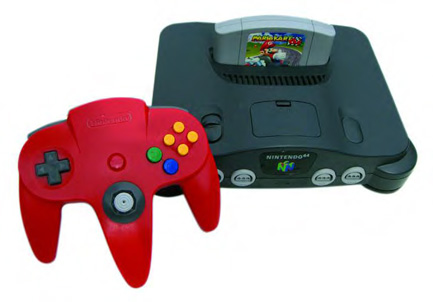 In the sixth generation, from 1998 to 2006, gaming consoles began using Digital Video Disks (DVDs) for game media. DVDs, with their multiple layers and deeper digital pits, store more data than CDs. Games written on DVD could be longer and the graphics more detailed.

New consoles, including the Sega Dreamcast, Sony PlayStation 2, and Nintendo Game Cube, were released. The Microsoft Corporation entered the industry with its first video game console, the Xbox. The Xbox came with a new feature, a built-in hard drive that could be used to save games. In 2002, Microsoft released its online gaming service, Xbox Live. Subscribers could now team up with or battle against others from anywhere in the world. Xbox Live also allowed users to download new content for their games. 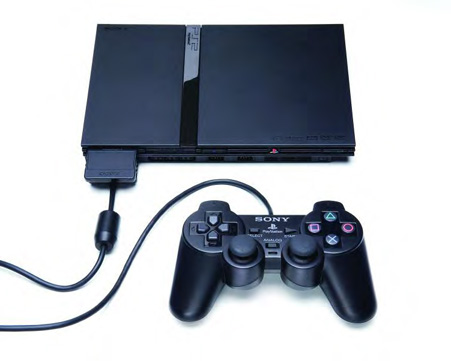 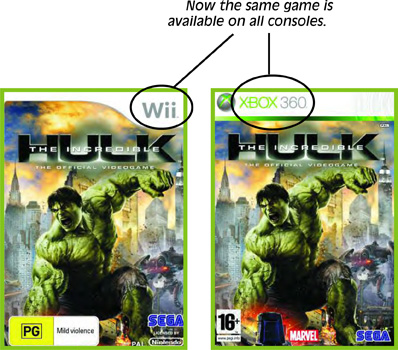 The seventh generation began in late 2004 with the release of the Nintendo DS and PlayStation Portable handheld games.

In 2005, Microsoft released Xbox 360, the first console to include wireless controllers with the system. The Sony PlayStation 3, released in 2006, included controllers capable of connecting to the console through Bluetooth, using short-range radio frequency.

The Nintendo Wii, released in 2006, also utilized Bluetooth technology to send information from the player's wireless controller to the game system. At its release, the Wii came bundled with Wii Sports in every market except Japan. 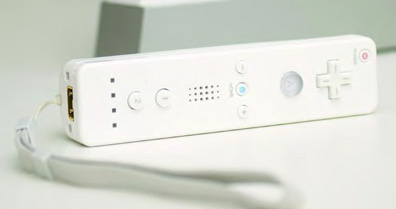 Wii Sports includes five games designed to teach new players how to use the Wii remote. Players use the remote just as they would use equipment in the different games. In tennis, a player swings the remote like a tennis racket. In baseball, the remote becomes your bat. You can also enjoy bowling, golf, and boxing with the Wii remote. 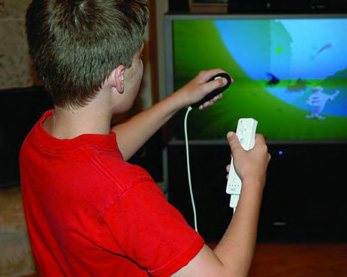 When you play on the Wii system, you can design your own 3D (three-dimensional) characters by selecting from a group of facial and body features. You can choose hair and eye colors similar to yours, and give the character your name. You don't have to stop there, though. You can design as many characters as you like. When you play a team sport, such as baseball, some of these new creations will probably show up to play on your team.