The History of Video Games 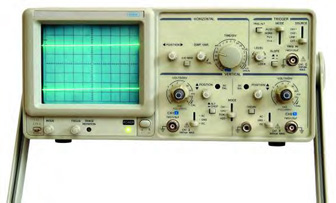 In 1958, William A. Higinbotham, an engineer working for the United States government, developed the first game played on a type of screen. It was a two-player tennis game played on an oscilloscope, a piece of electronic equipment with a 5-inch display. Compared to the games we play today, Tennis for Two was very simple. But in 1958, this was an exciting new technology. Visitors to the facility loved it!

Three years later, Steve Russell, a computer programmer at the Massachusetts Institute of Technology, developed the first game played on a computer. In this early game, two ships sailed through space, firing torpedoes at each other. Skilled players learned to use the gravitational field of the nearby star to move their rockets more quickly and surprise their opponents. 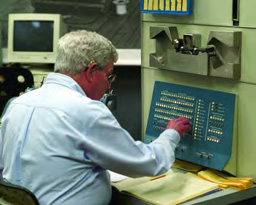 Spacewar was very popular with players, but only a lucky few were able to enjoy it. The reason? The computer was the size of a large automobile, and it cost $120,000. Only about 50 of these computers were ever sold, and you certainly wouldn't find them in malls and video arcades. 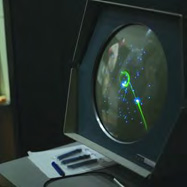 Nolan Bushnell, an engineering student at the University of Utah, was a great fan of Spacewar. He began to wonder if people would pay to play the game. In 1970, he decided to find out. The invention of the microchip had finally made it possible to produce games on a smaller scale. 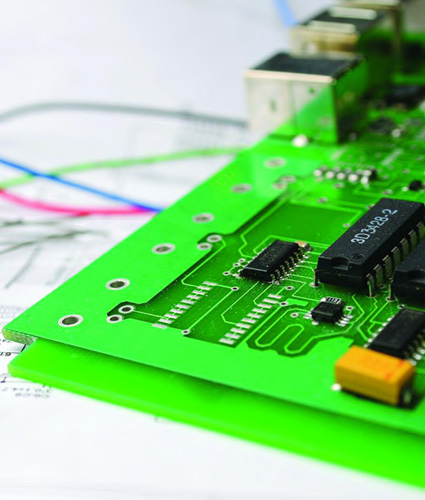 Microchips were invented in the late 1950s. Microchips are miniaturized electronic circuits that are used to control computers, cellular phones, microwaves, and other electronic equipment. They are made up of microscopic electronic parts on a wafer or silicon computer chip. The first microchips held about 10 components, including transistors used to control the flow of electricity, on a tiny square chip. In 1974, Intel produced a chip with 2,800 transistors. In 1993, their Pentium chip contained 3.2 million transistors. Now, over a billion transistors can be placed on a tiny microchip.

Bushnell joined the pinball company Nutting Associates to develop an arcade version of Spacewar. In 1971, the game was produced for video arcades with a new name, Computer Space. However, most people found it difficult to play the complicated game, and it was not successful.

A later version of the game, Spacewar. 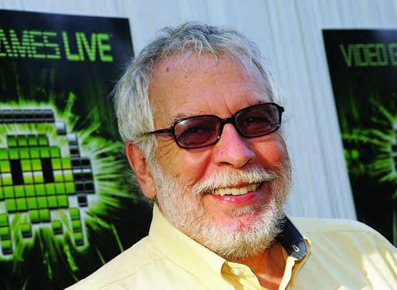 Around the same time, Ralph Baer was working with the electronics company, Magnavox, and his employer, Sanders Associates, to produce a game he'd been working on since 1966. It was a simple game of paddles and balls, similar to table tennis or ping-pong. In January of 1972, Magnavox began producing the video game system, naming it Odyssey. The system offered players a choice of twelve games, including hockey, table tennis, tennis, and football. It cost $99.95.

The first odyssey console was released in 1972.

Ralph Baer was born in Germany in 1922 and immigrated to the United States in 1938. He became a radio and TV service technician before serving in the United States military during World War II. After the war, Baer worked as an engineer on medical and military equipment, among other things.

In 1972, after years of development, Baer finished work on the Odyssey game. He continued to work in technology with VCRs, Videodiscs, CD-ROM and digital computers, and in the development of video games, such as SIMON, Laser Command, and MANIAC. In 2004, Ralph Baer was awarded the National Medal of Technology by President George W. Bush.

Nolan Bushnell, who had produced Computer Space in 1971, wanted to develop a game that was fun to play but easier to learn than Computer Space. He hired an electronics engineer, Al Alcorn. He planned to ask Alcorn to design a racing game, but decided to first give him an easire assignment as a warm-up. Bushnell asked Alcorn to design a ping-pong type game. The result was named Pong, and, like Odyssey, it was a hit! 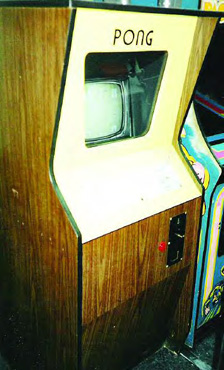 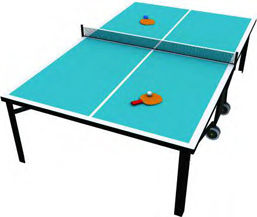