A computer model, or simulation, is one type of mathematical model. Computer simulations are used in many fields of science, including physics, chemistry, biology, and economics, as well as in technology, entertainment, and business.

We use computer models to predict where air pollutants in the atmosphere will go. In the event of a chlorine spill, for example, computer models can tell emergency personnel where chlorine gas fumes will be carried by the wind. Then, people can evacuate the area until the air clears.

Computer simulation is used in flight simulators to train pilots, in traffic engineering to plan or redesign traffic flow, and in modeling car crashes to test safety mechanisms in new vehicle models.

Pilots train on flight simulators programmed to mimic real-life experiences. They can learn to handle different types of aircraft and practice their responses to emergency situations that might crop up during an actual flight. 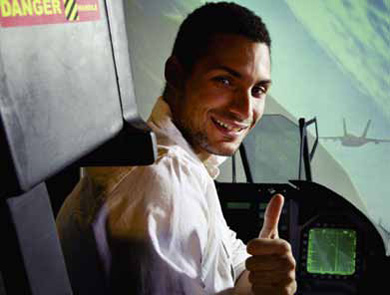 It might be fun to engage an enemy pilot on the simulator, but the skills and evasive actions learned here can save lives in real emergencies.

In simulated car crashes, computer models study the effects of force and motion on the car and on the passengers inside. Long before automakers build the final prototype of a new car, computer simulations have allowed them to precisely test the effects of a crash and make changes based on their results. Lifesaving devices have been built into cars because of the knowledge engineers have gained through studying the effects of car crashes. 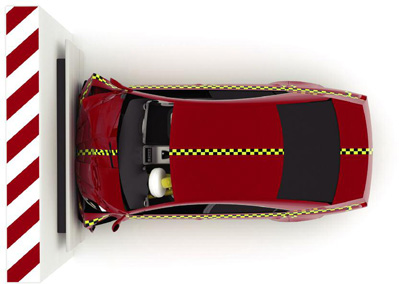 Crash tests give us an idea of how well a vehicle will protect its occupants in an accident.

When they were first developed, crash test dummies were all the same size, weight, and shape. Now, they come in all shapes and sizes, and include pregnant women, small children, and infants. In a crash that takes place in less than a second, engineers can gather information from points throughout the model's body, then download it to a computer where it will be analyzed and used to develop safer cars.

Even with the benefits of computer modeling, automakers haven't stopped subjecting actual cars to crash tests, in part because they value the wealth of information they get from crash test dummies. Crash test dummies have been in use for decades, supplying engineers with detailed information about the effects of sudden impact on the human body. 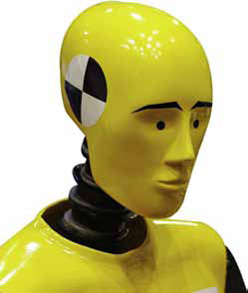