OTHER OBJECTS IN SPACE

There are many other objects in our solar system as well as the planets and their moons.

There used to be nine planets, and now there are only eight! Did one explode? Did it fly out of the solar system? No, all that happened was that in 2006 scientists decided that Pluto wasn't big enough to be considered a true planet. Pluto has become one of the three known dwarf planets. 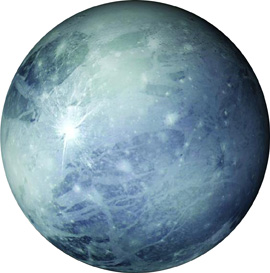 A dwarf planet is a planet smaller than Mercury. Currently known dwarf planets include Pluto, Ceres, and Eris. Other dwarf planets may yet be discovered in the Kuiper Belt, a band of small bodies orbiting the Sun beyond Neptune.

Years ago, when a comet streaked across the sky like a giant fireball, people feared that disaster was about to strike. Some even thought that a comet was a sign that the world was about to end! 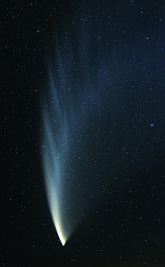 We now know that a comet is a ball of ice and dust particles that orbits the Sun. The particles following behind the comet are called its tail. We can only see comets when they are heated and lit up as they near the Sun.

The most famous comet is Halley's Comet, which can be seen every 76 years. Its next visit won't be until 2062! 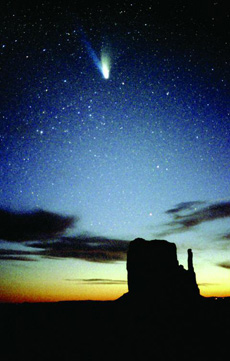 Asteroids are small bodies that orbit the Sun like planets. They are sometimes called minor planets, and for a good reason. If you added up their total mass, they would be smaller than the Moon. Yet, there are hundreds of thousands of them. Most of them travel between the orbits of Mars and Jupiter in what is known as the asteroid belt. 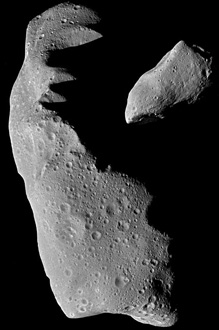 Asteroids Ida and Gaspra from the asteroid belt.

The largest known asteroid is Ceres, which is also considered a dwarf planet. Yet even Ceres is tiny compared to a planet. Its diameter is only about 590 miles (950 km) across.

The dwarf planet Ceres taken by the Dawn spacecraft.

A shooting star isn't really a star at all. It is the remains of a meteoroid, which is a small piece of debris in the solar system. Meteoroids are much smaller than asteroids; in fact, they are often formed from parts of asteroids that have broken apart. Some are believed to be parts of comets. 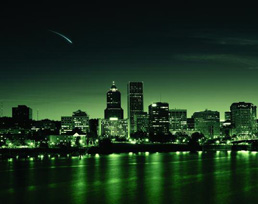 A meteor over downtown Portland.

When a meteoroid enters the Earth's atmosphere, it begins to burn up and glow. At that point, we call it a meteor, or what is often known as a “shooting star.” Most meteors burn up completely before they ever hit the ground. Meteors that hit the Earth are called meteorites. 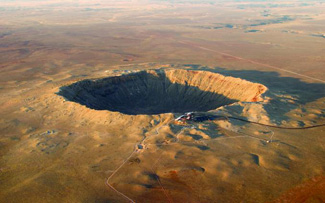 Barringer Crater in Arizona is also called the Meteor Crater.

The solar system is just a tiny part of outer space. Beyond our solar system lie billions of stars and galaxies.

On a clear night, you can see stars speckling the sky in numbers far too large to count. No one knows exactly how many stars there are, but they far outnumber our ability to count them. 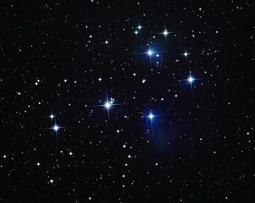 A star is a large, luminous ball of gas. Our Sun is a medium sized star. The distance between stars helps us begin to understand the vast size of the universe.

The star closest to our Sun is called Proxima Centauri. It is 4.22 light years away. A light year is the distance that light can travel in one year, or about 5.88 trillion miles (9.46 trillion km). Can you begin to see how incredibly large this universe of ours really is?

Like humans, stars have life cycles. Stars are born, they exist, and eventually they die. Let's look at the life cycle of a typical star.

The Life Cycle of a Star

Gases and dust gather in space, collapsing in from their own gravity as the star is born.

Hydrogen is converted to helium through nuclear fusion, which supplies the star's energy.

The star uses up its hydrogen. It grows larger, cooler, and redder.

The red giant burns off its outer layers leaving mostly the core.

The white dwarf uses up all its energy and cools off to a black mass in space, called a black dwarf.

Sometimes, a large star dies in a spectacular explosion called a supernova. The material from such an explosion may help in the formation of new stars. 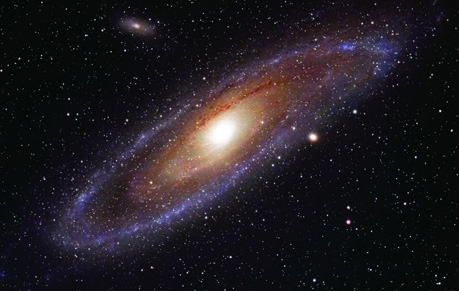 Just as our solar system is a group of planets, a galaxy is a group of stars held together by gravity. Galaxies can contain anywhere from a few million to more than a trillion stars. The largest ones can be as much as a half million light years in diameter. There may be more than 100 billion galaxies in the universe.

With such a large universe, you might wonder where the Earth is located. We are in a galaxy called the Milky Way, which is a medium sized galaxy containing about 100 billion stars, including our own Sun. 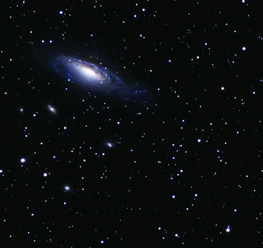 Stephan's Quintet is a group of five galaxies including the Milky Way. 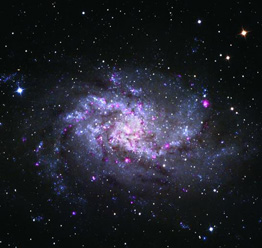 These galaxies look like a bulging plate with long, winding arms. The Milky Way is a spiral galaxy.

These galaxies look round or oval. They tend to contain older stars than spiral galaxies.

These galaxies don't have a regular shape like spiral and elliptical galaxies do.