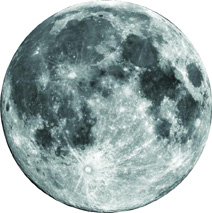 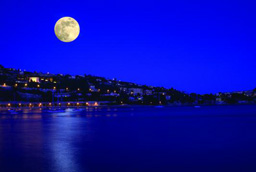 A view of the Moon from Earth.

The Moon is covered in craters, which are large bowl-shaped holes in the surface of the Moon caused by collisions with objects such as meteorites.

As a satellite of the Earth, the Moon orbits the Earth once every 29.5 days, or about once a month. In a single month, we are able to see the Moon in many different phases. 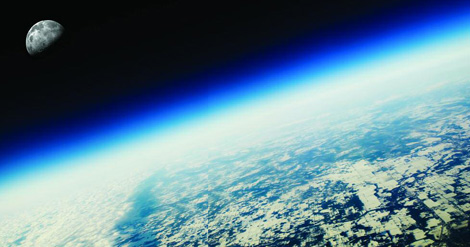 The Moon as it orbits the Earth.

The phases of the Moon, called lunar phases, refer to how the Moon appears to people on Earth. Half of the Moon is always illuminated by the Sun. As the Moon orbits the Earth, however, we don't always see that entire half. At each phase, a different part of the Moon is visible.

Have you ever had to move farther back at the beach because the water seemed to be coming closer and closer? What you experienced was the rising tide of the ocean.

Tides are caused by the gravitational pull of the Sun and Moon on the water, and are most affected by the Moon because it is so close to us. The points on Earth closest to and opposite the Moon experience high tides. The further you go from those points, the lower the tide. 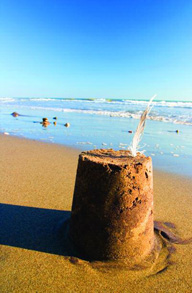 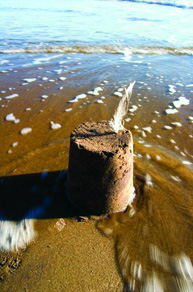 Before people understood how the solar system worked, they were terrified of eclipses! People thought that an eclipse was a sign of bad luck or evil. We now know that an eclipse is the blocking of the light of one celestial body, such as the Sun or the Moon, by another celestial body. The eclipses we see on Earth always involve the Moon.