Scientific knowledge is growing everyday. As a result, new technology is developing all the time. This technology often improves our lives in some way. But this same technology can also open new doors for scientists. Many of them make use of the latest tools to explore their ideas. Their new discoveries can give rise to new technology. 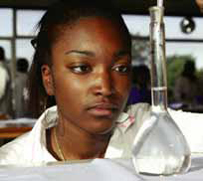 Young scientists are eager to test their ideas.

Computer technology got its start in the 1940's. The earliest computers were so large they took up whole rooms. But scientific knowledge led to advances in the technology. Today, computing devices are millions of times smaller. But they are more powerful and faster than ever. 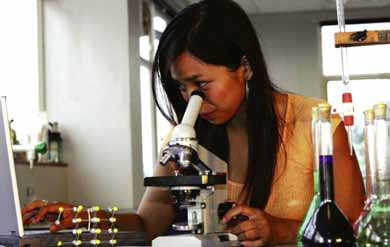 This scientist uses a computer to keep track of her findings.

Scientists use different types of computers at different times. Whatever the work, a scientist depends on the computer's speed and accuracy to get the job done.

A new technology is quietly entering our day-to-day lives. It is a technology of the very tiny. Its name is nanotechnology. Nano means billionth. One nanometer is 1 billionth of a meter (1/25,400,000 inch). Scientists and engineers are now using this technology to make products and materials. 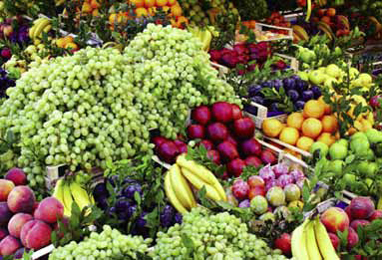 Today, manufacturers use nano particles in some packaging to keep food from spoiling. 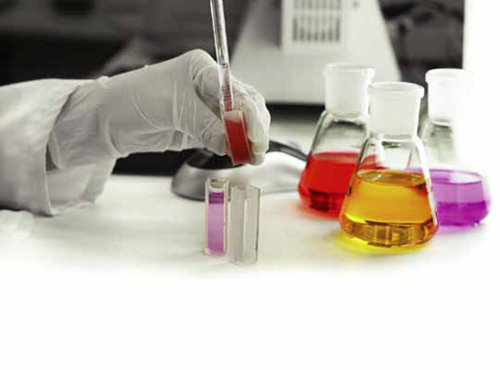 Nanotechnology will be a major tool of the future. Already, some scientists use nano particles to speed up chemical reactions. Other researchers use nano tubes to conduct electricity. Nano devices can even act as sensors. As the technology improves, these tiny tools will be able to do things never done before.

But even the most advanced scientific tools have something in common with the simplest ones. They all exist to do a job. And that job is to help scientists better understand the world we live in.