An object's size and weight are both measurable. We can also measure such things as how far, how much, and how hot or cold. Even when and where are measurable. Although these measurements are different from one another, they all have something in common. Each one relates to a specific set of units that people have agreed upon. 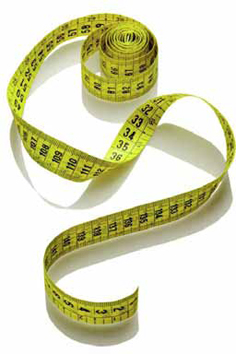 France first adopted the metric system in 1795. Today, people in most countries use this system.

The metric system is a group of measurement units. All of its units, large and small, are built by using multiples of 10. This system is very useful to scientists because each unit is connected. For instance, the base unit of length is the meter. A kilometer equals 1,000 meters. Likewise, a kilogram equals 1,000 grams. Grams are the units used to measure weight. 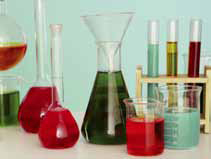 In the United States, people commonly use the customary units of measure, rather than metric. Inches, feet, yards, and miles are the units for measuring length. Ounces and pounds are for measuring weight. Volume is in cups, pints, quarts, and gallons. There is no common system to connect these various units.

A thermometer is an instrument for measuring temperatures of different gases, liquids, and solids. There are many types of thermometers. One common type is the thermal expansion thermometer.

Today, some thermometers do not contain mercury because it is poisonous. They may use alcohol instead.

The marks on the outside of the tube are the temperature scale. This scale gives a value to the mercury's changing height. The value, or mark, relates to the scale used. 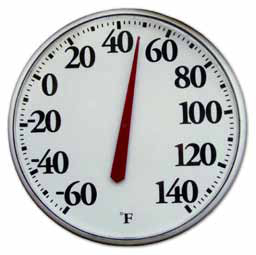 Some thermometers use two different temperature scales: Celsius and Fahrenheit. Anders Celsius and Gabriel Fahrenheit were their creators. Both men lived in the 1700's.

Scientists around the world use the Celsius scale. Its 100-point system fits in with the metric system.

The Celsius and Fahrenheit scales differ in the units used to measure the mercury's rise and fall. 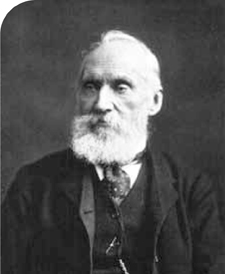 British physicist Lord Kelvin thought there was a limit to how cold something could get. In the 1800's he created a temperature scale based on the idea that an absolute zero exists. Absolute zero, or 0°, in the Kelvin scale is the same as -273.15°C or -459.67°F.

Weighing devices have been around a long time. The earliest type, called a balance, was popular in ancient Egypt 4,500 years ago. Even today, scientists use balances for weighing light materials.

The two pan balance is one of many different types of balance scales.

This type of balance is useful in making sure that two materials weigh the same. It has a horizontal bar that holds a hanging pan at each end. The user places one material with a known weight in the first pan. The other material goes in the second pan. If the first pan is heavier, it will drop down.

To reach an equal weight, the user adds more material to the second pan. Eventually, neither pan drops lower than the other. Usually a pointer shows if the pans are balanced. If so, the materials weigh the same amount. 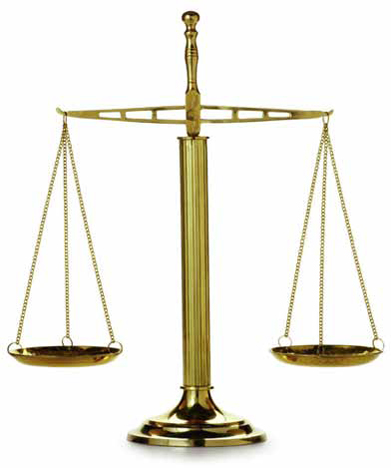 In an equal arm balance, a piece of metal often supports the center of the horizontal bar.

Another common weighing device is the triple beam balance. This mechanical scale weighs objects differently. However, it is still a balance because its job is to balance different weights.

To weigh something, the user first slides the three moveable weights (called poises, or riders) to the left side of the beams. The pointer should be at the zero mark on the scale.

Then the user places the object in the pan. The pointer will move away from zero. By moving the two heavier weight riders, then the lightest one, to the correct positions, the pointer will return to zero. Now the load is balanced.

To read the object's weight in grams, the user adds up the three numbers marked by the riders.

Spring scales also are a type of mechanical scale. They balance a load by using one or more springs. 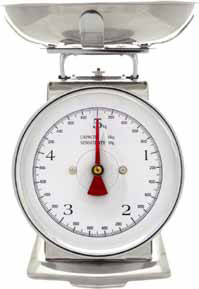 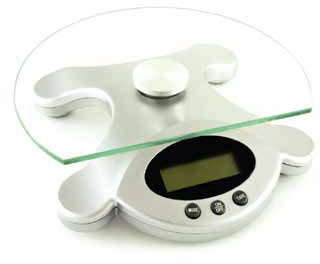 Scientists do a lot of work in the lab. There, they can carefully study objects and materials gathered in the field. The lab is also a useful place for conducting experiments and testing out ideas.

What Makes Up a Mixture?

When scientists want to study the parts of a mixture, they need advanced equipment. One machine called a centrifuge separates liquid mixtures. 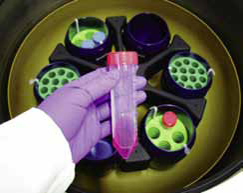 Another instrument called a chromatograph separates mixtures a different way. It forces them through a material that absorbs each substance at a different rate. Scientists in crime labs use a gas chromatograph to measure how much alcohol is in a person's blood.

It also separates solids within a liquid. The centrifuge does its job by rotating the containers that hold the mixtures. This causes the different substances to move apart. Each has a different density.

Laboratory work often involves chemicals, glass, and open flames. That's why it helps to follow safety procedures. Scientists of all ages learn how to set up lab equipment, and use it properly. They also have training in how to conduct experiments in a careful, step-by-step way. This ensures safety in the lab and that results from experiments are not accidental. 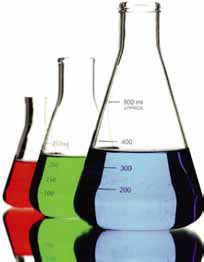 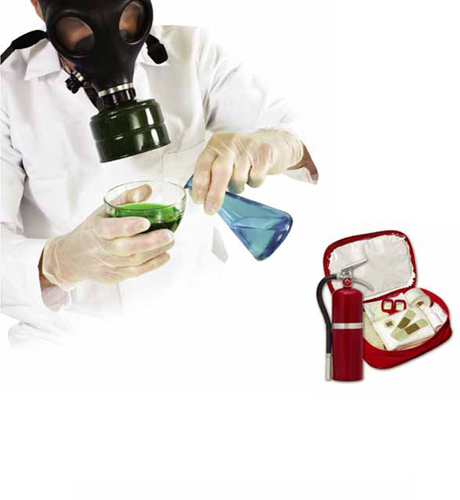 Accidents happen in the lab. So it's helpful to know where safety equipment is stored. Knowing the location of the fire alarm and emergency exit are important, too.

Scientists working with chemicals know that these materials can be dangerous. To limit the danger, chemists read all labels. They also know how to dispose of chemicals and transfer them from place to place.