Nature is busy recycling natural waste. But we need to help out with the garbage people create. First, we need to deal with the material that is thrown away as garbage. Second, we need to cut down on the amount of garbage we create. To stop garbage from swamping our planet, we must reduce, reuse, and recycle. 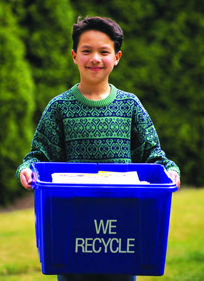 THE 3 Rs. Reduce Use fewer things! Avoid buying products covered in unnecessary packaging. Reuse Reuse things instead of buying new ones. Reuse items such as plastic bags. Recycle Items made of metal, glass, plastic, and paper can be turned into new objects. Recycle these things when possible.

ROTTING PLASTIC. Scientists keep looking for ways to help nature in its recycling. For example, adding certain materials, including corn starch, to plastic bags helps them decompose more quickly. Some plastics are made with materials that degrade in strong sunlight.

Natural waste can be reused. Dung, for example, can be turned into a fuel. When living things rot, they produce gases. One of these gases is methane. It is also found in animal waste. The waste is put in a special tank that collects the gas. Then the gas is used as a fuel for cooking and heating. 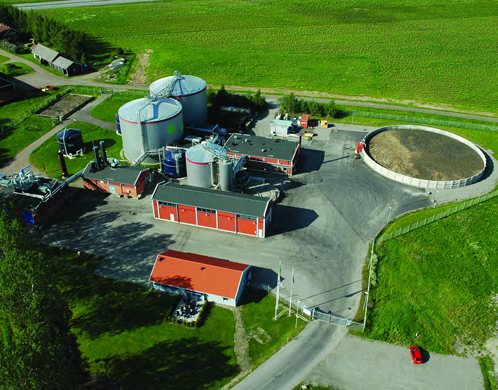 Gas made from organic matter is called biogas. The biogas made in this biogas plant in Sweden is used as a fuel to power trains.

Plastic, glass, and metal are made from raw materials that come from the ground. Plastic is made from oil. Glass is made from sand. Metal is taken from rocks. One day these materials will run out. They cannot be replaced. They are called nonrenewable materials. A can made of steel can be recycled several times. It can even be made into new objects such as a bicycle.

Coal, natural gas, and oil are fuels that come from raw materials. We burn these fuels to make electricity. This provides the power needed to make objects such as tin cans. 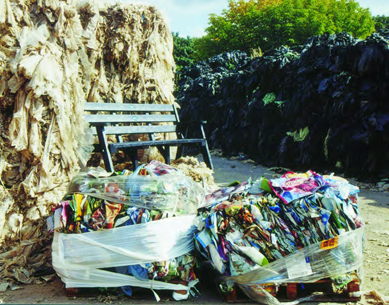 WHAT CAN WE RECYCLE? This bench is made from recycled plastic bags!

Metals, such as nickel, occur naturally in the Earth but they take millions of years to form. We are using them up more quickly than they will be replaced. This is why it is important to reuse and recycle—otherwise we will run out of these precious resources. 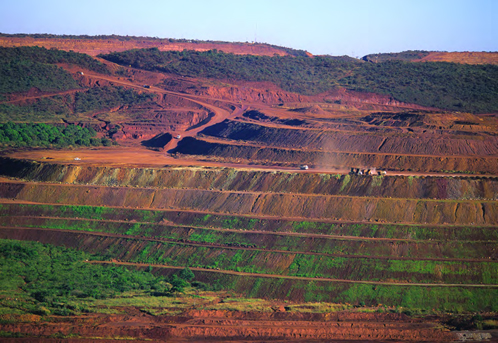 At this mine they are extracting nickel. Recycling metals like nickel helps save these nonrenewable materials.

People buy, use, and dispose of products at a rapid rate. Products made of human-made materials are a problem. Think about items such as mobile phones, computers, and refrigerators. All of these things make garbage when they are no longer of use. This is why it is important to recycle as many things as possible.

Today, more people than ever are recycling manufactured objects. They want to protect the natural balance of planet Earth. 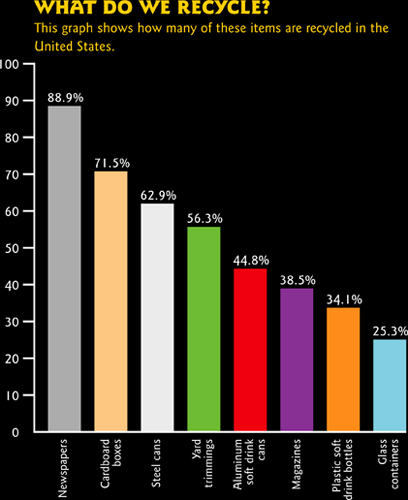 WHAT DO WE RECYCLE? This graph shows how many of these items are recycled in the United States. 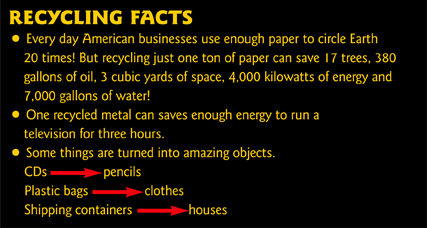 RECYCLING FACTS. Every day American businesses use enough paper to circle Earth 20 times! But recycling just one ton of paper can save 17 trees, 380 gallons of oil, 3 cubic yards of space, 4,000 kilowatts of energy and 7,000 gallons of water! One recycled metal can saves enough energy to run a television for three hours. Some things are turned into amazing objects. CDs → pencils, Plastic bags → clothes, Shipping containers → houses 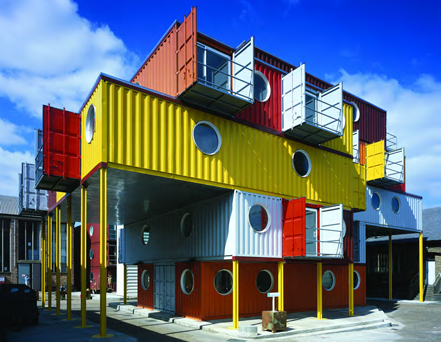 This house is built from shipping containers. It is a great example of recycling.

What can we do with poisonous or dangerous waste? Burying it lets poisons seep underground. Burning it releases poisons into the air. There are many hazardous wastes that we do not know how to get rid of.

Some electricity is made using nuclear power. Nuclear power plants produce dangerous waste. This waste remains very harmful to people and the environment for hundreds of years. At the moment, nuclear waste is stored in underground concrete tanks.

Today, space stations and satellites float high up above Earth. These things also create waste. Leftover or mislaid nuts, bolts, and gloves are flying through space at around 17,500 miles (28,164 km) per hour.

(Opposite) There is little room for junk onboard a space station such as the International Space Station. Some of the unwanted junk is chucked into space where it either burns up or hurtles around at great speed. 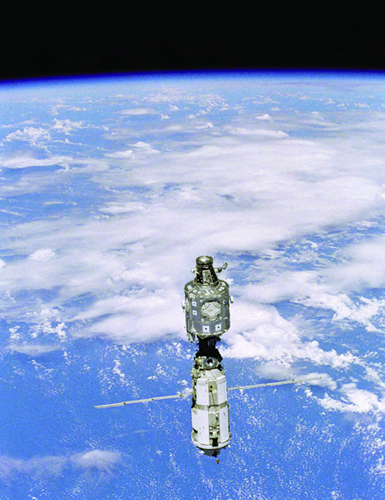 There is often more to garbage than the smelly stuff in the trash can.

Ancient Egyptians sometimes made “mummies” out of dead bodies. They wrapped the bodies and treated them with special acids. They also removed the heart and other organs to get rid of any moisture. Decomposers need moisture and air to break things down. Without these, the bodies did not rot. 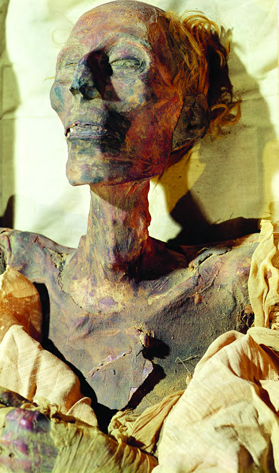 A mummy is a preserved body. Ancient Egyptians mummified dead bodies by drying them out after death.

In extremely cold conditions, fungi and bacteria do not survive. Some dead bodies have been found packed in freezing ice. The bodies have not decayed.

Rot and decay can help solve crimes. Scientists examine a body to figure out how far the decay has spread. From this, they can then determine when the person died. 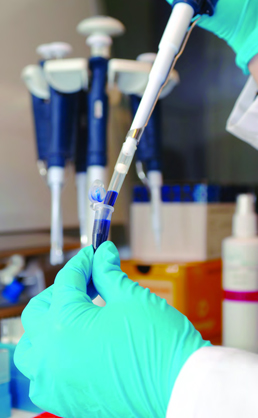 A branch of science called forensic entomology examines insects and other decomposers. This helps solve crimes by working out when a person died.

OLD GARBAGE. We learn a lot about other cultures and civilizations from what they have thrown away. Objects such as pottery or jewelry give us information about how people from past cultures lived.

After this book, you may never look at rot and decay the same again. Fruit rotting beneath a tree, the buzz of a fly, a decayed bit of wood—everything will remind you of the important process of decomposition. Only now you will know it's all part of a natural balance.

REMEMBER THE 3 Rs. Recycle whatever you can. Reduce what you buy. Reuse where you can.

Ask your parents to start a compost bin. You don't need a garden to do this. Is there a small garden at school? Make sure it is kept clear of litter. Carefully replace any logs or twigs you disturb. Remember, there is lots of life and death going on underfoot. Disturbing anything can destroy the process of rot and decay for many creatures. 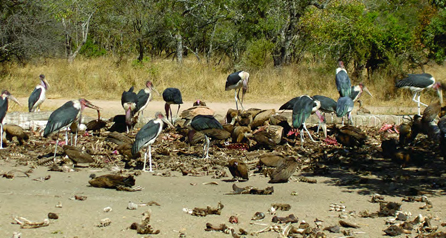 JUST IMAGINE. If nature did not clear up its own waste, the Earth's surface would be covered with a thick layer of dead bodies! These Marabou storks are scavengers and feed on dead animals in Africa. 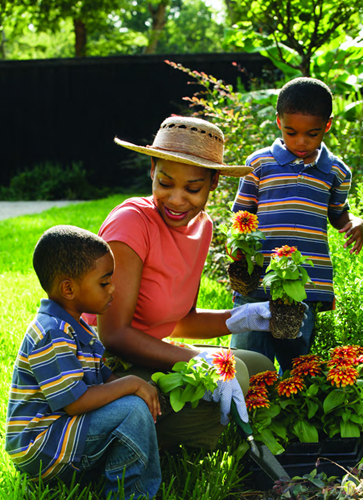