A vulture might feed on a dead zebra. A cockroach might feast on scraps of meat. Animals that eat the flesh of dead animals are called scavengers. Scavengers eat away large parts of the animals body. Then other decomposers get to work. 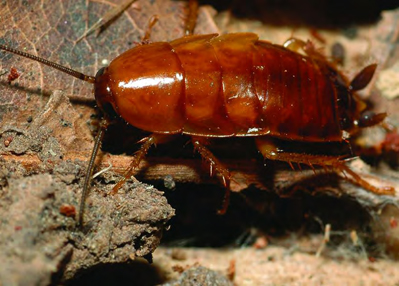 Cockroaches love waste. In the wild, they are important decomposers, eating away at any plant or animal remains they can find. 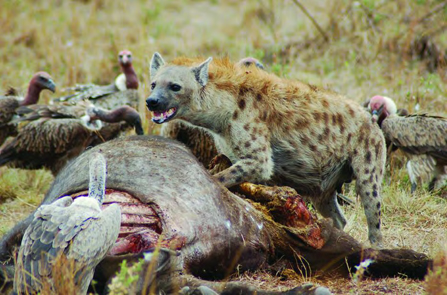 THE SCAVENGER HYENA. The hyena is a well-equipped scavenger. Its sharp sense of smell helps it find carcasses. Then with its sharp teeth, the hyena crunches bones. Finally, the hyena has special acids in its stomach. These acids help it digest hard bones.

Vultures help keep streets clean. In some parts of the world, people do not eat beef. Here, vultures gobble up the bodies of cows that have been left lying around. This helps make sure that disease carrying animals such as rats stay away.

Scavengers are at work in the ocean, too. Sharks patrol the ocean looking for dead fish to feed on. Fish called remoras attach themselves to other sea creatures, such as sharks. From this position, they eat up what the shark leaves. 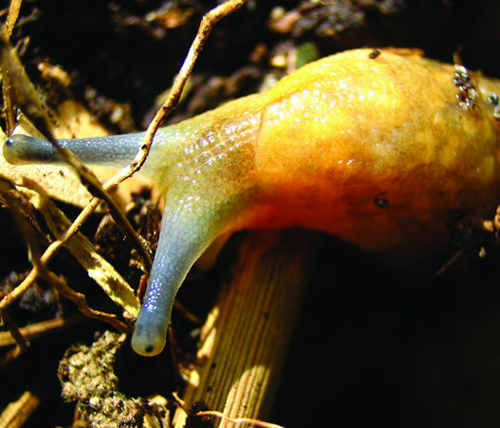 Farmers and gardeners often consider slugs as pests. Slugs eat plants and seeds but they do an important job breaking down organic matter.

Flies, slugs, beetles, ants, and worms are very important decomposers. Many tiny decomposers live in damp, dark places such as a pile of slushy leaves surrounded by plenty of dead material!

These small creatures chew up bits of leaves, dead animals, or dead wood. Some leave droppings that provide food for other decomposers.

WRIGGLY WORMS. Soil needs moisture, air, and nutrients to be healthy. Worms can help. First, they keep the soil healthy by loosening it and adding air as they tunnel. Then, they eat organic matter. This makes their waste, called castings, packed with nutrients. All of this will soak back into the soil.

The American burying beetle buries dead animals and then eats them. A male and female bury a dead animal, such as a mouse. Then they strip away the animal's fur or coat. The female then digs a tunnel near the rotting body and lays her eggs. When her eggs hatch, the young burying beetles have food. They will eat the rest of the dead body! 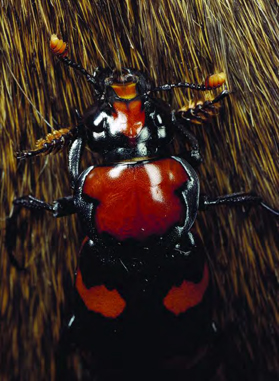 This American burying beetle helps clean up dead bodies. However, these insects are now an endangered species because there are so few of them. 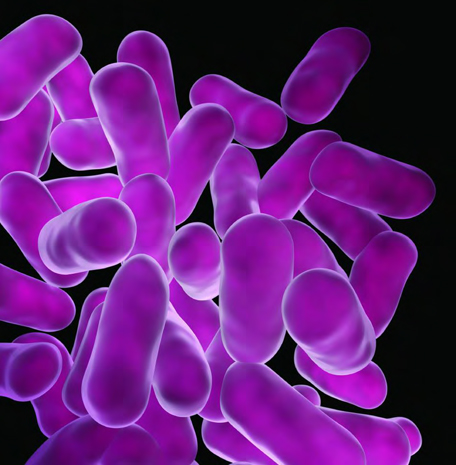 Bacteria are only visible through a microscope. They may be shaped like balls, rods, or spirals.

FUNGI IN THE SOIL. One spoonful of healthy garden soil contains about a million fungi and millions of bacteria.

After the larger scavengers finish, smaller creatures take over. These decomposers are called fungi and bacteria. They also eat organic matter. They release chemicals that break down matter and release its nutrients. Some nutrients, such as nitrogen and magnesium, provide energy for the decomposers. Some of them soak back into the soil. This provides food for growing plants. Some, such as carbon, are released into the atmosphere.

Bacteria are tiny organisms made of only one cell. They are too small to be seen with the naked eye. In fact, 20,000 bacteria laid end to end would measure less than one inch.

Fungi are another type of organism. They were originally thought to be plants. But unlike plants, they cannot turn sunlight into food. They must eat other organisms for their food.

Fungi are tiny threadlike structures that look like spaghetti. They spread through wood or soil. Sometimes they produce bodies that we can see, such as mushrooms and toadstools. 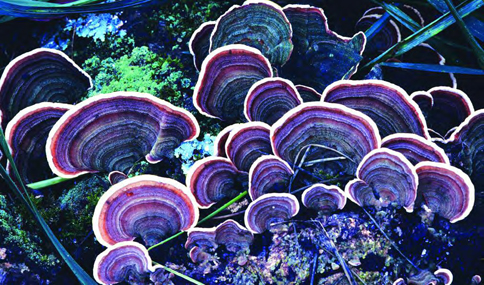