Look around in a park or a garden. Some plants will be growing. Others will be dying and beginning to decay, or rot. This means they break down into small parts, or decompose. The same process happens to animals. They are born, they grow, and they die and decay. It just is not always as easy to see.

Many manufactured (human-made) objects, such as plastic toys, are made of materials that do not rot. These objects and other materials, such as the metal in a can, may be recycled and turned into something else. 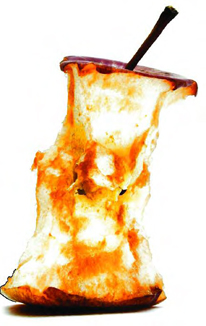 In a few weeks, this apple core will have disappeared. Insects will eat some of it. The rest will be broken down into tiny parts. These will soak back into the soil.

Natural materials such as leaves rot back into the soil. Manufactured objects such as this polystyrene cup take much longer to break up.

This book explains the process of decay. It looks at how nature cleans up the remains of dead plants and animals and what it does with those remains. But we can't talk about decay in the natural world alone. This book also tells you what happens to manufactured objects when they are no longer useful.

Everything that lives eventually dies. Some animals and plants die from age or disease. Others are eaten by other animals. Nature has an army of helpers to clean up the remains. 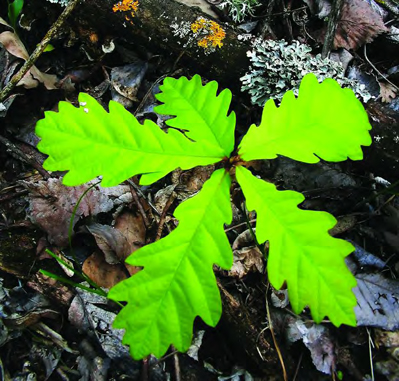 Older plants and trees die and make way for new growth, such as this young oak tree. 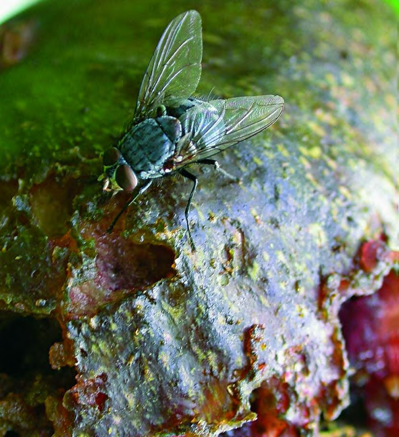 Flies spread disease but their young, called maggots, feed on the rotting flesh of plants and animals.

Nature has been recycling for millions of years. The remains of animals and plants rot and decay is a process called decomposition. Plants and animals called decomposers eat away at natural waste. Natural waste comes from anything that was once alive. It is also called organic matter. As decomposers break up the waste, they release chemicals into the environment. These chemicals provide energy and food, called nutrients, for other plants and animals.

An ecosystem is the balance between a community of animals and plants and its environment. Decomposition is part of that balance. Through decomposition, nature is constantly recycling natural waste such as rotten leaves. So, next time you walk on a pile of damp leaves, remember it's nature at work!

A food chain also helps balance the ecosystem. A food chain transfers food energy from one animal or plant to another. When an animal eats something, it forms part of a food chain. For instance, green plants make food from sunlight. This process is called photosynthesis. 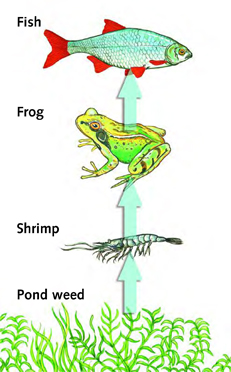 THE FOOD CHAIN. Shrimp eat pond weed, frogs eat shrimp, and fish eat frogs. This is an example of a food chain in a pond.

Plants absorb the gas carbon dioxide and change it to sugar. They give off the gas oxygen as a waste product. Plant-eating animals feed on the plants and take in the energy made by plants. This passes to the next animal who eats the plant-eating animal, and so on. 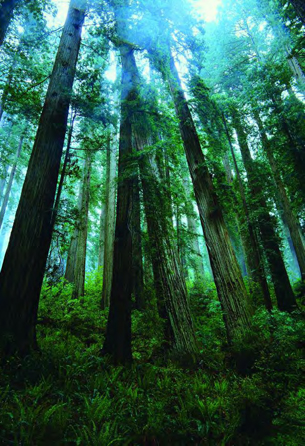 These towering redwood trees form part of the complex balance of animals and plants called the ecosystem.

Even decomposers are part of the chain. When decomposers attack dead plants and animals, they too take in some of this food. The rest is broken into nutrients, like nitrogen. These soak back into the soil. Meanwhile, the gas carbon dioxide is released into the atmosphere. The nutrients released help other plants grow and provide food for other animals.