In 1991, the Florida legislature passed the Marjory Stoneman Douglas Everglades Protection Act, designed to restore the Everglades. One project of the plan is to build constructed, or man-made, wetlands. These artificial marshes will filter nutrients from agricultural runoff just as natural wetlands have always done, and they will supply clean water to the plants and animals living in the Everglades. 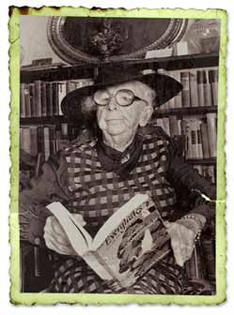 Ms. Douglas spent the last decades of her life tirelessly working on behalf of the Everglades. She lived to the age of 108.

Marjory Stoneman Douglas, who lived from 1890 to 1998, was a tireless supporter of the Everglades. In 1947, the year President Harry S. Truman dedicated Everglades National Park, Douglas wrote a book, Everglades: River of Grass, describing the importance and beauty of the region. She was one of the first to understand the destruction caused by the canals, levees, and dams that controlled water flow in the wetlands. In 1969, Douglas formed The Friends of the Everglades, a group still actively working to preserve, protect, and restore the region. In 1993, President Clinton awarded the Medal of Freedom, our nation's highest civilian award, to Ms. Douglas for all she had done to support and protect the Everglades.

In 2000, scientists began working with government agencies to devise the Comprehensive Everglades Restoration Plan (CERP), a project designed to “restore, protect, and preserve the water resources of central and southern Florida, including the Everglades.” The plan will redirect fresh water that now flows unused to the Atlantic Ocean and the Gulf of Mexico back to the marshes to hopefully reverse a century's worth of damage to the Everglades. 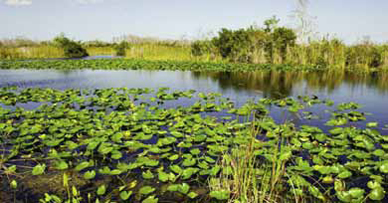 One of CERP's goals is to restore the clean water that provides a healthy habitat for Everglades wildlife.

The plan would restore the natural flow of water through the wetlands by removing hundreds of miles of man-made canals and levees. The state also plans to rebuild marshes so they can filter polluted water coming from farms and sugarcane fields.

The massive project includes many smaller projects, and the ultimate goal is a renewed ecosystem that can once again support healthy populations of fish, birds, alligators, and native plants.