The Everglades: A Wetland in Crisis

The Florida Everglades wetland covers much of southern Florida. It is one of the largest wetlands in the world, a massive watershed that includes many different habitats that are home to plant and animal species found nowhere else on Earth. 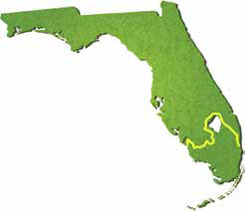 The area below the yellow line is the Everglades ecosystem. It includes Lake Okeechobee, the Everglades, the Big Cypress Swamp, the Atlantic Coastal Ridge, the Florida Bay, and the Ten Thousand Islands estuaries.

Originally, the Everglades covered almost a third of the state of Florida. But in the early 1900s, settlers drained much of the water so that they could build homes and plant crops on the land. They channeled the water that flowed from Lake Okeechobee and built dams and dikes to control flooding. They never considered the impact of their changes on the existing ecosystem. 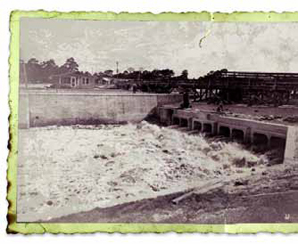 Canal locks manage the flow of water in the Everglades Drainage District.

By the time Floridians understood the value of the wetlands, they were already dependent on the water they obtained and the crops they harvested. But they were beginning to understand that the benefits they enjoyed came at a cost. Agricultural runoff polluted the waters, and plant and animal ecosystems were being destroyed. Formerly vibrant estuaries were empty, and rookeries, the breeding grounds of wading birds, were gone.

More than a dozen Everglades animals are now on the endangered species list, including the West Indian manatee, the Florida panther, and the American crocodile. The southern bald eagle and loggerhead turtle are just two of the animals listed as threatened. 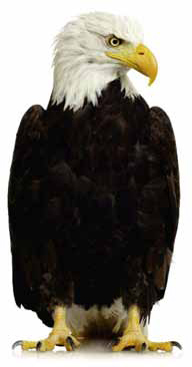 Even though bald eagles are protected by federal and state laws, they face continuing threats from habitat loss, pesticides, and poisons. 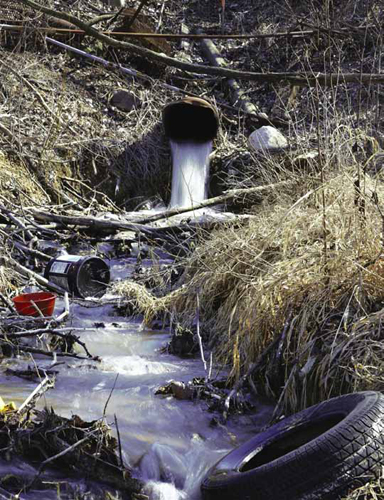