Animals of the Wetlands

Wetlands provide a home for a wide variety of animals. Amphibians, including salamanders, frogs, and toads, breed in the wetland habitat. Many species lay their eggs underwater. Others lay their eggs on the moist land nearby. 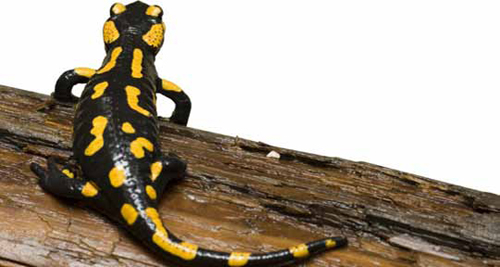 Fire salamanders are nocturnal. At night, they hunt for prey including insects, spiders, earthworms, and slugs.

The northern leopard frog lives near ponds and marshes, and, occasionally, grasslands. Leopard frogs eat ants, flies, worms, and beetles. Sometimes they will even eat birds, garter snakes, and other frogs. 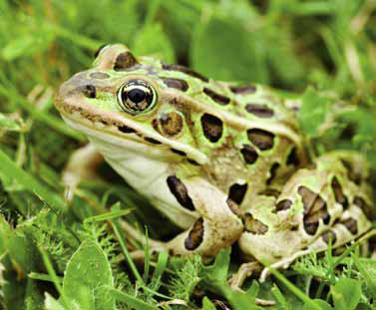 Pollution and deforestation have led to a decline in the leopard frog population.

Every wetland has its share of insect life. Crane flies live in the mud and wet moss near streams and lakes. They provide food for many species of birds and fish. 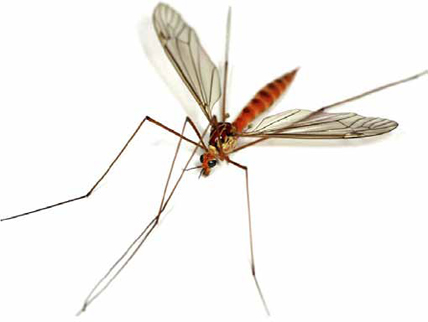 While many varieties of crane flies look like giant, slow-flying mosquitoes, these flies are harmless to humans.

Water striders, insects that live on the water's surface, use their short, front legs to catch small insects. They use their middle legs as paddles, and their back legs help them steer. 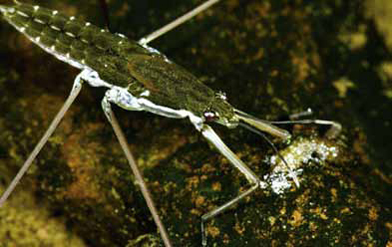 Water striders eat by sucking the body juices from their prey.

Whirligig beetles also live on the water's surface. They avoid predators by hanging out in groups. Thanks to their divided compound eyes, whirligig beetles can see above and below the water line at the same time. 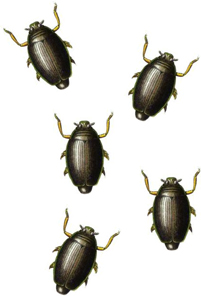 Wetlands are nesting areas to many bird species, including pelicans, herons, egrets, and red-winged blackbirds. Great egrets build their nests in trees close to wetlands. They feed in shallow water, using their long, sharp bills to spear fish, frogs, or insects. 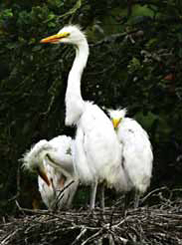 Egrets nest in colonies with other species of birds. They can lay anywhere from one to six eggs, but three is most common. 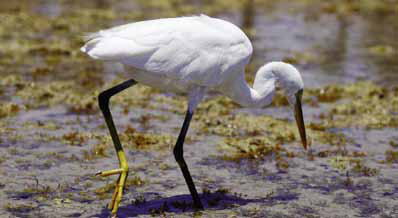 Egrets will feed in marshes, swamps, rivers, lakes, and even flooded fields. 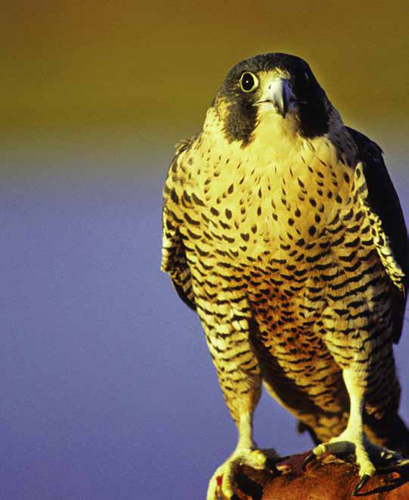 The peregrine falcon eats songbirds, ducks, and even bats. Flying at great speeds, it uses its half-closed foot to stun or kill its prey in midair.

Migratory birds, such as whooping cranes and peregrine falcons, use wetlands as resting points during their migrations. They feed on the animals that live in and around the wetlands.

Some birds travel great distances when they migrate. One species, the bar-tailed godwit, migrates from Alaska to New Zealand each September and back again each March.

When the godwits migrate north in the spring, they stop to rest and eat in wetlands along the Yellow Sea. However, mudflats and marshes in the area have been drained to make way for development. As wetlands are drained, vital food sources for the birds are lost. Without this critical link in the migratory route, many godwits have been unable to make it back to their Alaskan breeding grounds. 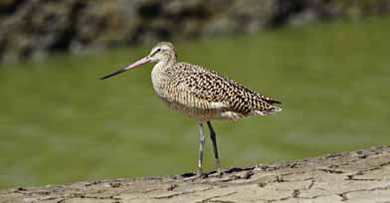 After adding large fat reserves to her body in Alaska, this bar-tailed godwit began her migration south, flying 7,145 miles (11,500 kilometers) to New Zealand without stopping even once. Though she did not eat or drink, the bird was able to sleep by shutting down one side of her brain at a time. For nourishment, she burned up the reserves of fat that she had put on in Alaska. 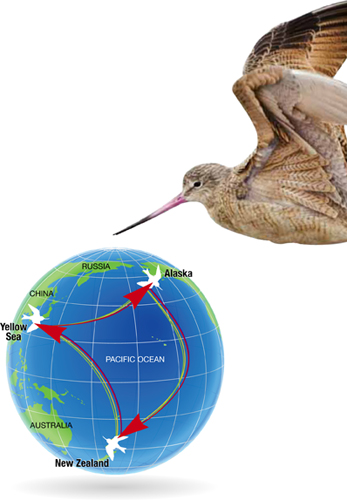 Scientists attached satellite transmitters to bar-tailed godwits so they could track the birds' migratory pattern.