Before the industrial revolution, our impact on the planet was fairly small. But in the mid-1700s, people began replacing human workers with machines.

Where people had once relied on wind, water, and wood for their energy needs, they now powered their machines with the fossil fuels coal, oil, and natural gas. 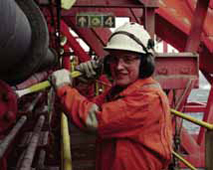 Oil rigs, such as this one in the Gulf of Mexico, drill natural gas and oil from far beneath the sea floor.

These fossil fuels were formed hundreds of millions of years ago, and they still contain the carbon that was present in the organisms when they died. This carbon is what makes them a source of energy.

But when we burn coal, oil, and natural gas for fuel, too much carbon enters the atmosphere at one time. The carbon combines with oxygen to form carbon dioxide (CO2), a greenhouse gas.

Greenhouse gases are contributing to global warming because they trap more of the Sun's energy in the Earth's atmosphere. 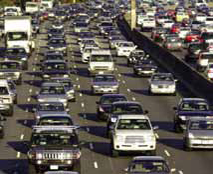 Have you ever been late to something because you were stuck in traffic? For you, heavy traffic is a temporary problem. But for the Earth, all the carbon dioxide (CO2) created by traffic jams is a long-term problem. 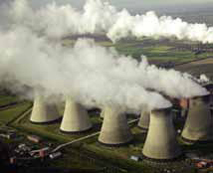 Cooling towers, like the ones shown here at the Cottam Power Station, release steam into the atmosphere. Many people mistake the steam, or waste heat, for greenhouse gases. The white smoke shown at the top of the photo is coming from the smoke stack. This smoke is a greenhouse gas.

Our dependence on burning fossil fuels, and releasing the carbon stored in them, means we've been responsible for adding a lot more carbon dioxide to the air. In the past 200 years, CO2 in the atmosphere has increased by about 25 percent. The biggest increase has taken place in the last 50 years. Some scientists predict an even greater increase in the next 20 years.

When the Sun sends solar energy to the Earth, about 70 percent is absorbed, and 30 percent reflects back toward space. Greenhouse gases trap some of the reflected solar energy. Greenhouse gases have always been necessary for our existence on Earth. Without them, temperatures on Earth would be about 90°F (33°C) colder, on average. 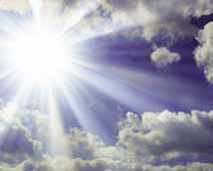 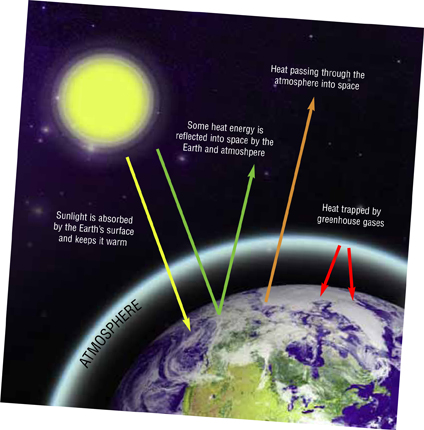 In 2007, NASA reported that average worldwide temperatures have climbed 1.4°F (0.8°C) since 1880. We see the effects of warmer temperatures in disappearing Arctic ice, melting glaciers, and dying coral reefs.

In his book, An Inconvenient Truth, former Vice President Al Gore describes the effects of carbon dioxide emissions on the planet. Many people view Gore's predictions of what will happen if we continue to add greenhouse gases to the atmosphere as a call to action. He feels we must take steps to reduce global warming and preserve our planet. 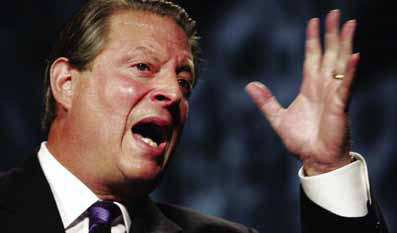 Energy from the Sun, the wind, and the ocean's waves can help us reduce our use of fossil fuels. These energy sources will never run out, and they don't release carbon dioxide into the atmosphere. Switching to clean, renewable energy is a big step in helping our planet. 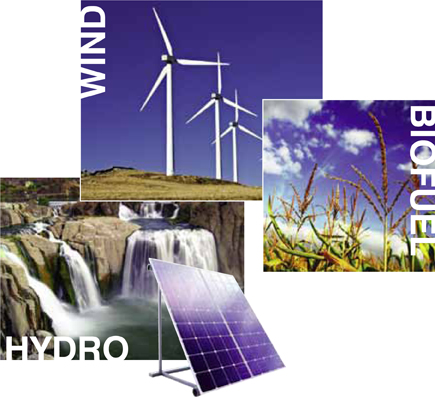