The History of Recorded Music

• 1877 - Thomas Edison invents the phonograph. The machine has two needles, one for recording and one for playback. Recordings are made on a tin foil cylinder. 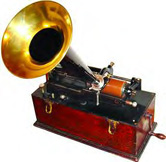 • 1887 - Emile Berliner invents the gramophone. Recordings are made on flat discs or albums. The first record albums are made of glass.

• 1906 - The first radio broadcast of the human voice is transmitted from Brant Rock, Massachusetts. Sailors at sea across the Atlantic Ocean can hear the words and song.

• 1934 - Semi Joseph Begun builds first tape recorder for use by the public.

• 1948 - Columbia Records introduces the first Long Playing (LP) microgroove record. It is the standard for decades, and is still in use today.

• 1949 - RCA (Radio Corporation of America) produces 45-RPM records. These 7-inch recordings play one song on each side.

• 1954 - The transistor radio is produced. It is the first radio small enough to accompany you wherever you go. 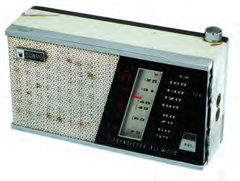 • 1963 - Cassette tapes are introduced. They are first used for recording dictation (words spoken aloud), then become popular for recording music.

• 1965 - Songs are recorded on 8-track tapes. A plastic outer cartridge protects the audiotape.

• 1969 - The Internet is created. Information can be easily transferred from one computer to another.

• 1979 - The Sony Corporation produces the Walkman, a personal radio and cassette player. 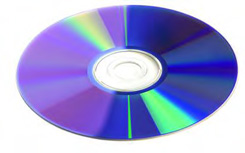 • 1986 - Sony develops the MiniDisc. These rewritable disks, smaller than CDs, have anti-skip technology and can be edited easily and quickly. 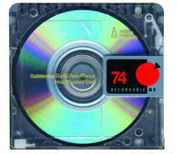 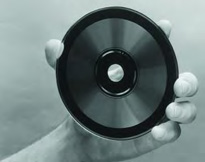