Universities and the Net

Because universities have been involved in research for the government, ARPANET also connected computers at universities involved in government research. It was not long before people using these computers began leaving messages for each other. These messages were the earliest versions of what we now call email.

We're so used to instant messaging, text messaging, and chatting online, that it's hard for us to imagine how amazing those first communications over the ARPANET were.

On October, 29, 1969 the first message was sent by Charley Kline, a student at the University of California, Los Angeles, to the Stanford Research Institute. The message was supposed to say “login” but only the “l” and “o” were sent. This means the first email ever sent said “lo”. 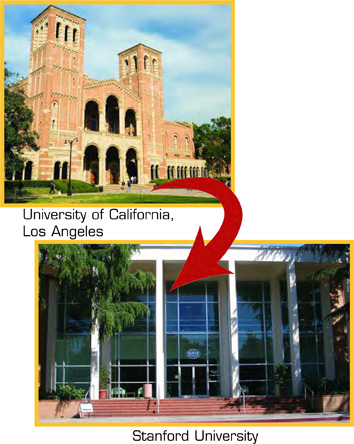 The first email message was sent in California from UCLA to Stanford University.