Why Does Ice Float?, Icebergs, Breaking Up Rocks, What Will Happen If the Ice Melts?

Why Does Ice Float?

Most materials get smaller as they cool down. We say they contract. This means that a lump of solid iron will not float in liquid iron.

Ice is different. Water contracts as you cool it down, but only until you get to 39°F (4°C). As it gets cooler than this, it starts to expand slightly. Ice forms at 32°F (0°C). Ice floats on water.

This property of ice is very important for animals and plants that live in water. If ice did not float, lakes, ponds and rivers would start to freeze from the bottom. Some might freeze completely. This could kill all the organisms living there.

But ice does float. A layer of ice forms on the top of a lake or pond. This ice stops the rest of the water from cooling too fast. Animals and plants can live in the liquid water beneath the ice.

(Opposite) Fish live in the water underneath the ice. 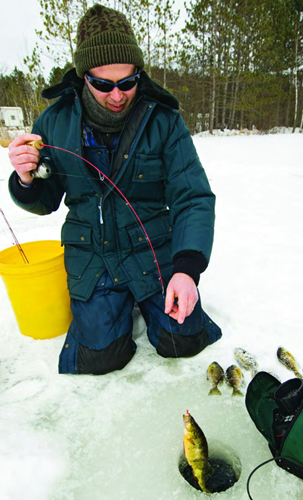 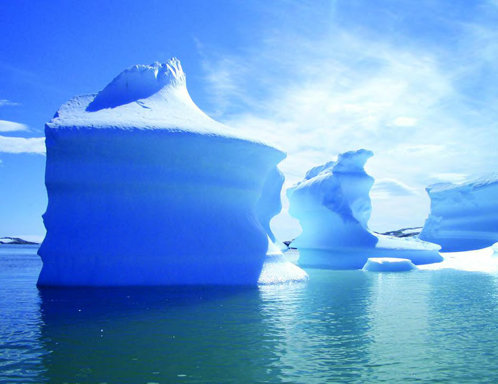 Icebergs floating on the sea.

The sea near the North Pole is covered in floating ice. The land at the South Pole is also covered in ice. Sometimes lumps of this ice break off and float away. Floating pieces of ice are called icebergs.

Water expands as it freezes. The rocks often have small cracks in them. Water runs into the cracks. When the temperature drops, the water freezes. As it freezes, it expands and pushes on the rock. This makes the crack wider. The ice melts when the weather warms up. Then it runs further down into the crack. This is repeated over and over again. Eventually, it can break up rocks. 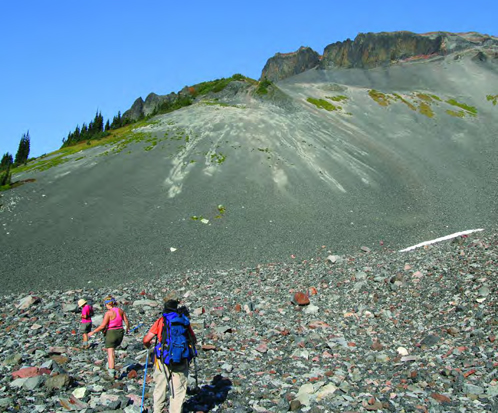 These rocks were broken up by ice.

What Will Happen If the Ice Melts? 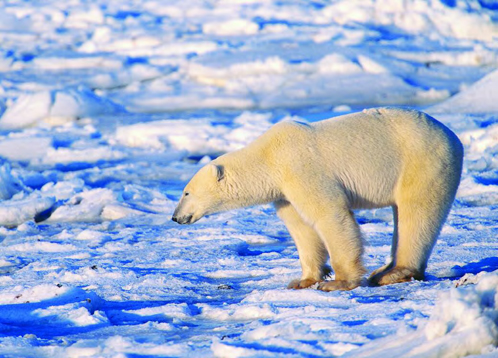 Will polar bears become extinct if the ice at the North Pole melts? 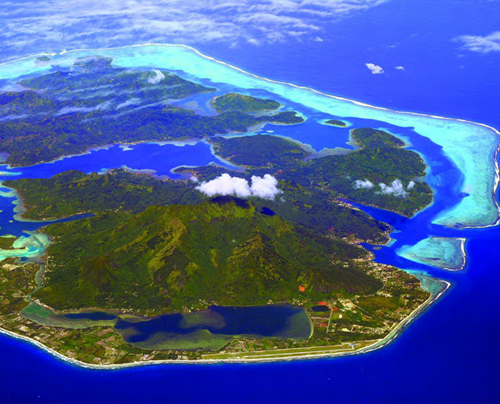 What will happen to the people on this island if the sea levels rise?

Someday, some low countries may be flooded. In many countries people who live near the coasts may have to move to higher land.