“Green computing” refers to efforts to manufacture, use, and dispose of computers and digital devices in eco-friendly ways. Concerned with the effects of computer-related pollution and energy use on the environment, various government bodies and industry organizations have sought to promote more sustainable computing practices and the recycling of electronic waste.

As pollution and climate change have become more pressing concerns, the need to consider the effects of industry and daily life on the environment has become apparent. As an especially fast-growing field, technology attracted particular notice from lawmakers, nonprofit organizations, and members of the public concerned with sustainability. “Green computing” describes the attempts to address the environmental impacts of widespread digital technology use.

On average, such centers use less than 15 percent of that power for computing data. The bulk of it is used to maintain idle servers in case of a sudden spike in activity. In addition, such data centers often rely on diesel generators for backup power. They thereby emit greenhouse gases that contribute to climate change.

Another concern is the effects of the computer manufacturing process. Digital devices contain minerals such as rare earth elements that must be mined from the earth and processed, which can create toxic waste. Waste is also a matter of concern when an obsolete or otherwise unwanted device is discarded. The resulting electronic waste, or e-waste, often contains materials that may contaminate the surrounding area. Cathode-ray tube (CRT) monitors, for instance, contain lead, which can leach into soil and water from a landfill. Many computer parts are also not biodegradable. This means that they do not break down over time and will thus continue to be a cause of concern for decades. 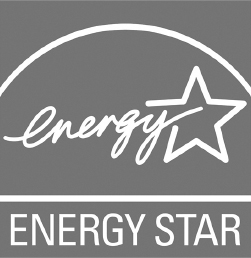 TCO Development, a Swedish nonprofit, offers TCO certification. This credential was originally devised in 1992 and modernized in 2012. It is granted to computers, mobile phones, and peripherals that meet certain sustainability requirements in all stages of their life cycle, from manufacture to disposal.

The nonprofit Green Electronics Council manages the Electronic Product Environmental Assessment Tool (EPEAT), created in 2005. Manufacturers provide the council with product information covering an item's life cycle. That information is then compared against other products and listed on the public EPEAT registry, which buyers can access.

Perhaps the most common green computing initiatives have been efforts to educate corporations and the public about the environmental effects of computer use, particularly in regard to energy consumption. Computer users can save energy through techniques such as putting a computer in hibernation mode. When a computer enters this mode, it essentially shuts down and stops using power. It still retains the contents of its random-access memory (RAM), allowing the user to resume their previous activities after exiting hibernation mode.

Another technique, called undervolting, lowers the voltage of the computer system's central processing unit (CPU). The CPU does need a minimum voltage to function, but decreasing the voltage by a small amount can improve the system's energy efficiency. In a mobile device, heat is reduced while battery life is prolonged. Other measures including turning off devices when not in use and enabling power-saving settings when available.

E-waste is one of the most significant computer-related environmental issues. Advances in computer and mobile technology continue apace, and new devices constantly replace obsolete or outmoded ones. Because of this, the disposal of discarded devices represents a serious and growing environmental problem, in large part because of parts that do not biodegrade and are environmentally hazardous. To prevent unwanted devices from entering landfills, major electronics companies such as Apple, Motorola, and Nintendo offer “take back” programs in which owners may return their devices to the manufacturers. Firms sometimes offer a payment or a discount on a new device in exchange. In some cases, the collected devices are refurbished and resold. In others, they are recycled in an eco-friendly manner.

Another major concern is that as the amount of data being created, stored, and accessed continues to grow, more numerous and powerful data centers will be needed. Unless the issue is addressed, today's energy inefficiency will lead to ever-greater amounts of electricity being wasted in the future.