Computer animation is the creation of animated projects for film, television, or other media using specialized computer programs. As animation projects may range from short, simple clips to detailed and vibrant feature-length films, a wide variety of animation software is available, each addressing the particular needs of animators. The computer animation process includes several key steps, including modeling, keyframing, and rendering. These stages are typically carried out by a team of animators.

Since the early twentieth century, the field of animation has been marked by frequent, rapid change. Innovation in the field has been far reaching, filtering into film, television, advertising, video games, and other media. It was initially an experimental method and took decades to develop. Computer animation revitalized the film and television industries during the late twentieth and early twenty-first centuries, in many ways echoing the cultural influence that animation had decades before.

Prior to the advent of computer animation, most animated projects were created using a process that later became known as “traditional,” or “cel,” animation. In cel animation, the movement of characters, objects, and backgrounds was created frame by frame. Each frame was drawn by hand. This time-consuming and difficult process necessitated the creation of dozens of individual frames for each second of film. 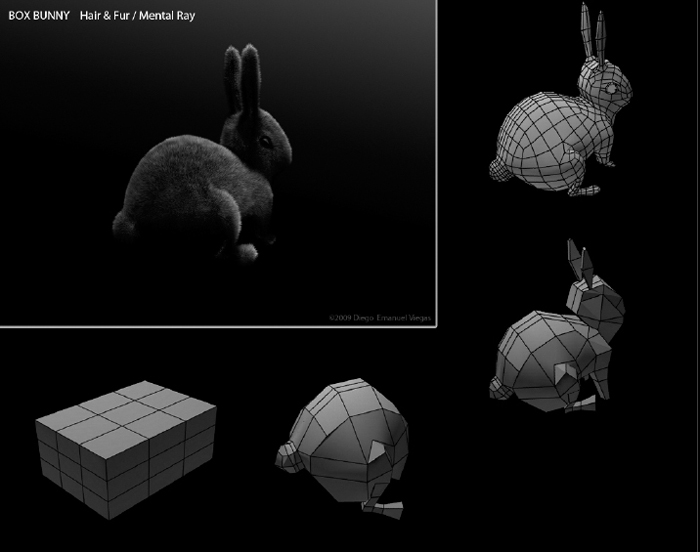 From designing the original animation model to creating algorithms that control the movement of fluids, hair, and other complex systems, computer software has drastically changed the art of animation. Through software that can manipulate polygons, a face can be rendered and further manipulated to create a number of images much more efficiently than with hand-drawn illustrations. Thus, the detail of the imaging is increased, while the time needed to develop a full animation is reduced. By Diego Emanuel Viegas, CC BY-SA 3.0
(http://creativecommons.org/licenses/by-sa/3.0), via Wikimedia Commons.

In 1995, the release of the first feature-length computer-animated film marked a turning point in the field of animation. That film, Toy Story, was created by Pixar, a pioneer in computer animation. Over the following decades, Pixar and other studios, including Disney (which acquired Pixar in 2006) and DreamWorks, produced numerous computer-animated films. Computer animation became a common process for creating animated television shows as well as video games, advertisements, music videos, and other media.

Creating a feature-length computer-animated production is a complex and time-intensive process that is carried out by a large team of animators, working with other film-industry professionals. When creating a 3-D computer-animated project, the animation team typically begins by drawing storyboards. Storyboards are small sketches that serve as a rough draft of the proposed scenes.

Next, animators transform 2-D character designs into 3-D models using animation software. They use animation variables (avars) to control the ways in which the 3-D characters move, assigning possible directions of movement to various points on the characters' bodies. The number of avars used and the areas they control can vary widely. The 2006 Pixar film Cars reportedly used several hundred avars to control the characters' mouths alone. Using such variables gives animated characters a greater range of motion and often more realistic expressions and gestures. After the characters and objects are modeled and animated, they are combined with backgrounds as well as lighting and special effects. All of the elements are then combined to transform the 3-D models into a 2-D image or film. This process is known as 3-D rendering.

Animating a 2-D computer-animated work is somewhat different from its 3-D counterpart, in that it does not rely on 3-D modeling. Instead, it typically features the use of multiple layers, each of which contains different individual elements. This method of animating typically features keyframing. In this procedure, animators define the first and last frames in an animated sequence and allow the computer to fill in the movement in between. This process, which in traditionally animated films was a laborious task done by hand, is often known as “inbetweening,” or “tweening.”

Various animation programs are available to animators, each with its own strengths and weaknesses. Some animation software, such as Maya and Cinema 4D, are geared toward 3-D animation. Others, such as Adobe Flash, are better suited to 2-D animation. Adobe Flash in particular has commonly been used to produce 2-D cartoons for television, as it is considered a quick and low-cost means of creating such content. Animation studios such as Pixar typically use proprietary animation software, thus ensuring that their specific needs are met.

In addition to animation software, the process of computer animation relies heavily on hardware, as many steps in the process can be taxing for the systems in use. Rendering, for example, often demands a sizable amount of processing power. As such, many studios make use of render farms, large, powerful computer systems devoted to that task.