Biomedical engineering (BME) applies engineering design principles to biology in order to improve human health. It encompasses low-tech tools, such as crutches and simple prostheses, as well as highly sophisticated devices, such as pacemakers and x-ray machines. Computer science is crucial to the design and production of many BME devices.

Biomedical engineering (BME) applies engineering design principles to the study of biology in order to improve health care. It developed from the overlap between engineering, biology, and medical research into its own branch of engineering. BME and related fields, such as biomedical research, remain distinct, as the case of the antibiotic penicillin shows. The accidental discovery that the Penicillium mold has antibacterial properties was a by-product of basic medical research, not BME. However, efforts to design and implement system to mass-produce and distribute the drug were a textbook example of BME. Products of BME include prosthetics, imaging equipment, regenerative medicine, medical implants, advances in drug production, and even telecommunications.

Although many innovations in BME are high tech, not all are. Consider crutches, which assist people with mobility after a foot or leg injury. Modern crutches are designed to be strong, lightweight, and comfortable during extended use. They are informed by knowledge of human biology, especially biomechanics, to minimize strain on the patient's bones and muscles.

DEVELOPING THE TOOLS OF MEDICINE

Many BME projects involve instrumentation, the various devices used in medical care. Such devices include imaging tools such as magnetic resonance imaging (MRI) machines, positron emission tomography (PET) scanners, and x-ray machines. It also includes bioinstrumentation, devices specifically designed to connect to the human body. These either monitor health parameters or provide a therapeutic benefit. Implanted pacemakers, for example, use low-voltage electrical impulses to keep the heart pumping in proper rhythm. Different bioMEMS can act as sensors, analyze blood or genes, or deliver drugs at a much smaller scale than traditional devices. Some bioMEMS are known as “labs-on-a-chip” because they incorporate the functions of a full-sized biology lab on a computer chip. 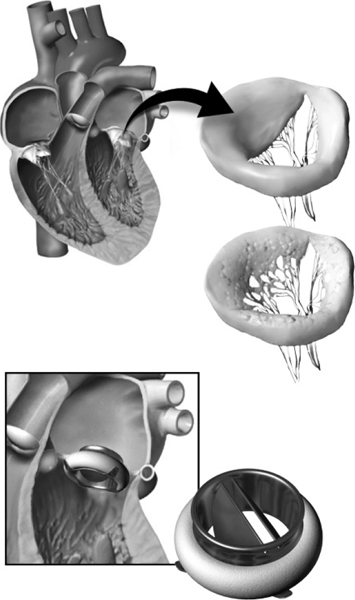 To build an artificial organ, live cells are placed on a scaffolding (an exact replica mold of the organ) and subjected to specific conditions to induce growth to develop the desired organ.
By BruceBlaus, CC BY 3.0 (http://creativecommons.org/licenses/by/3.0), via Wikimedia Commons.

Another major area of BME involves the engineering of life itself. This includes regenerative medicine, in which organs and tissues are grown in a lab, often from a combination of synthetic and organic biomaterials, to replace damaged or diseased ones. It also includes genetic engineering, in which an organism or cell's genes are manipulated toward a desired end. Genetic engineering of bacteria can produce useful drugs. Mice and other animals have been engineered to manifest traits such as cancer susceptibility to make them better study subjects. Genetic engineering could one day correct genetic conditions such as Huntington's disease in humans. Traditional breeding for desired traits among study organisms is also used in BME, though it is a slower, less powerful technique.

Computer use is widespread in BME design and device creation. Consider the design of a custom prosthetic. Computers scan the amputation site to ensure a secure fit, model the limb and a prosthetic to the correct proportions, and even print components of the prosthesis using a 3-D printer. Computer science techniques are also used to process the growing amount of patient data, searching out patterns of disease incidence.

Instrumentation is often built around computers. Medical imaging devices depend on embedded microcomputers and specialized software to process patient data and display it in a way that is useful to doctors. Smaller devices such as digital thermometers depend on microprocessors. An electrocardiograph (EKG) monitors a patient's heart rate and alerts the medical team if the patient goes into cardiac arrest. This is made possible through BME that combines biological knowledge (normal human heart rates) with sensors (electrodes that transmit electrical impulses from a patient's skin to a display) and computer science (processing the information, programming the device response). Advances in computer technology are driving advances in BME instrumentation. For instance, short-range wireless signals enable double amputees to walk by activating motorized joints and allowing the prostheses to communicate with one another.