Movement poses a challenge for robot design. Wheels are relatively easy to use but are severely limited in their ability to navigate rough terrain. Agile robotics seeks to mimic animals' biomechanical design to achieve dexterity and expand robots' usefulness in various environments.

ROBOTS THAT CAN WALK

Developing robots that can match humans' and other animals' ability to navigate and manipulate their environment is a serious challenge for scientists and engineers. Wheels offer a relatively simple solution for many robot designs. However, they have severe limitations. A wheeled robot cannot navigate simple stairs, to say nothing of ladders, uneven terrain, or the aftermath of an earthquake. In such scenarios, legs are much more useful. Likewise, tools such as simple pincers are useful for gripping objects, but they do not approach the sophistication and adaptability of a human hand with opposable thumbs. The cross-disciplinary subfield devoted to creating robots that can match the dexterity of living things is known as “agile robotics.”

Agile robotics often takes inspiration from nature. Biomechanics is particularly useful in this respect, combining physics, biology, and chemistry to describe how the structures that make up living things work. For example, biomechanics would describe a running human in terms of how the human body—muscles, bones, circulation—interacts with forces such as gravity and momentum. Analyzing the activities of living beings in these terms allows roboticists to attempt to recreate these processes. This, in turn, often reveals new insights into biomechanics. Evolution has been shaping life for millions of years through a process of high-stakes trial-and-error. Although evolution's “goals” are not necessarily those of scientists and engineers, they often align remarkably well. 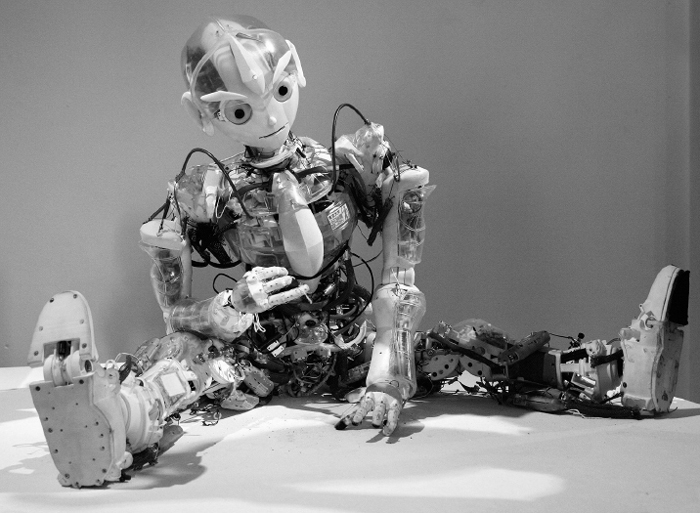 Agile robots are designed to have dexterity, flexibility, and a wider range of motions to allow for more responsiveness to their surroundings.
By Manfred Werner - Tsui, CC-BY-SA-3.0 (http://creativecommons.org/licenses/by-sa/3.0/), via Wikimedia Commons.

In nature, such designs help creatures succeed in their niches. Cheetahs are effective hunters because of their extreme speed. Caterpillars' flexibility and strength allow them to climb through a complex world of leaves and branches. Those same traits could be incredibly useful in a disaster situation. A small, autonomous robot that moved like a caterpillar could maneuver through rubble to locate survivors without the need for a human to steer it.

HUMANOID ROBOTS IN A HUMAN WORLD

Humans do not always compare favorably to other animals when it comes to physical challenges. Primates are often much better climbers. Bears are much stronger, cheetahs much faster. Why design anthropomorphic robots if the human body is, in physical terms, relatively unimpressive?

NASA has developed two different robots, Robonauts 1 and 2, that look much like a person in a space suit. This is no accident. The Robonaut is designed to fulfill the same roles as a flesh-and-blood astronaut, particularly for jobs that are too dangerous or dull for humans. Its most remarkable feature is its hands. They are close enough in design and ability to human hands that it can use tools designed for human hands without special modifications.

Consider the weakness of wheels in dealing with stairs. Stairs are a very common feature in the houses and communities that humans have built for themselves. A robot meant to integrate into human society could get around much more easily if it shared a similar body plan. Another reason to create humanoid robots is psychological. Robots that appear more human will be more accepted in health care, customer service, or other jobs that traditionally require human interaction.

THE FUTURE OF AGILE ROBOTICS

As scientists and engineers work out the major challenges of agile robotics, the array of tasks that can be given to robots will increase markedly. Instead of being limited to tires, treads, or tracks, robots will navigate their environments with the coordination and agility of living beings. They will prove invaluable not just in daily human environments but also in more specialized situations, such as cramped-space disaster relief or expeditions into rugged terrain.